The police said that Shamas was not very cooperative with them and that there were lot of discrepancies in his statement. 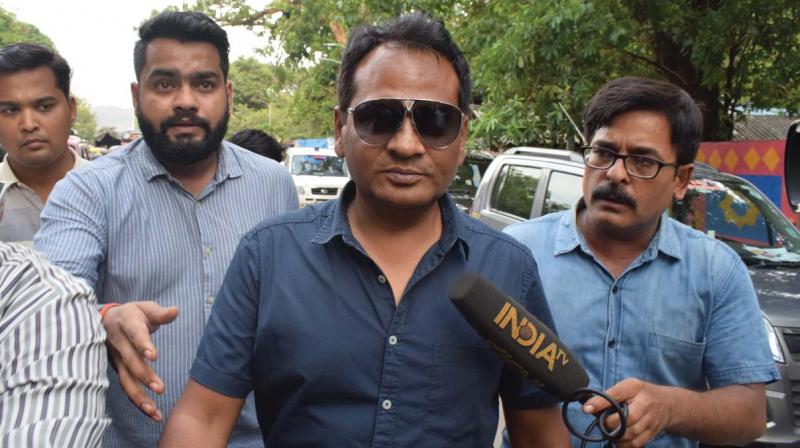 Mumbai: The Thane crime branch on Monday began recording the statement of Shamas, brother of actor Nawazuddin Siddiqui in Call Detail Record (CDR) scam case. The actor had allegedly contacted lawyer Rizwan Siddique through Shamas following suspicion of his wife having an extramarital affair. The lawyer had later procured her CDR illegally.

The police said that Shamas was not very cooperative with them and that there were lot of discrepancies in his statement. The officials questioned him for over six hours and the process of recording his statement began after a break when senior officers sought for more clarity on certain points.

“We are not in a position to reveal anything at this moment. The recording of statement is ongoing process and it may continue even tomorrow (Tuesday),” said Abhishek Trimukhe, deputy commissioner of police (Thane crime branch).

The actor was questioned by the police in connection with the scam when he revealed to have met lawyer Rizwan Siddique through Shamas.

The lawyer was later arrested by the crime branch for procuring CDR of several persons including the Nawazuddin’s wife, actor Sahil Khan’s after being asked to by Ayesha Shroff (actor Jackie Shroff’s wife) and others. Ayesha and Khan had some business dispute, officials said.

The lawyer was also probed for trying to procure Hrithik Roshan’s CDR. The police had found a communication between the lawyer and actor Kangana Ranaut, however, it was reportedly found that the nodal officer had never given Roshan’s CDR to the lawyer.

Thane police are questioning Shamas to ascertain if he had asked the lawyer to procure CDR of Nawazuddin’s wife or the lawyer got it all by himself.