The woman then approached Thane mayor Meenakshi Shinde, who wrote to the police chief about the incident. 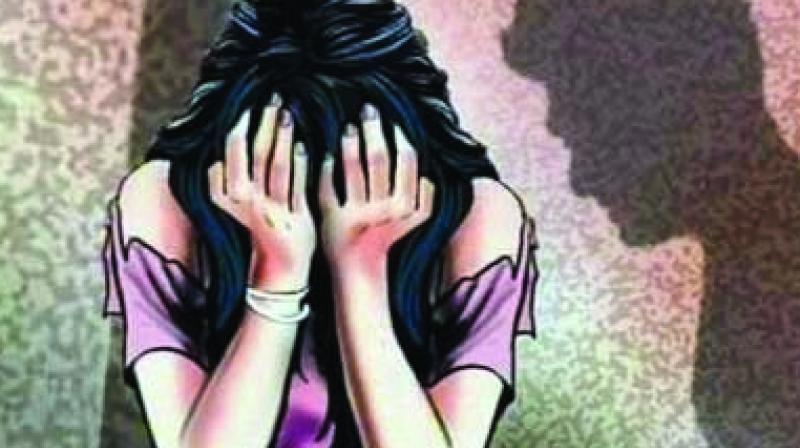 The woman alleged that some policemen of Kapurwadi police station laughed after seeing her bathing video.

Mumbai: A senior officer of Thane’s Kapurbawdi police station was suspended on Sunday for not recording the statement of a 28-year-old female complainant in a molestation case in the presence of a woman police officer, as per rules. The officer, SP Pawar, may also have to forfeit a month’s salary for the lapse as well, said Thane Police PRO Sukhada Narkar. The complainant had alleged that the police officers laughed at her when she went there last month to lodge a molestation complaint against a neighbour, who clandestinely shot a clip of her bathing.

On May 12, she and her husband approached the Kapurbawdi police after she caught her neighbour filming her through the bathroom window of her one-room apartment in Ghodbunder and managed to snatch his phone.

The woman then approached Thane mayor Meenakshi Shinde, who wrote to the police chief about the incident. An inquiry was ordered into the matter after the president of the BJP’s women wing, Madhvi Naik met Maharashtra MoS for Home, Ranjit Patil, and submitted a memorandum seeking action.

Thane PRO Sukhada Narkar released a statement that said, “On May 30, some sections of the media reported about the misconduct of certain police officers while handling a case of an offence against a woman in Kapurbawdi police station. However, it is being clarified that no complaint or information about this incident was received by the police from any person or authority.”

A formal inquiry was conducted by a senior woman officer and a statement of the complainant was recorded. However, the inquiry has revealed that the officials at the police station didn’t laugh or pass any remarks about the video, it said. “Though an FIR was registered promptly and the accused was arrested, there was a procedural lapse on part of the officer (Pawar), as instead of assigning a woman officer, he recorded the statement himself,” the release added. In the wake of the incident, a monitoring cell for offences against women (MCOAW) has been opened in each zonal DCP office, which will be headed by a woman officer.