Metros   Mumbai  05 May 2017  Mumbai: Woman climbs on to ledge of 21-storey building; threatens to jump off
Metros, Mumbai

Mumbai: Woman climbs on to ledge of 21-storey building; threatens to jump off

She has been seen taking selfies, pictures of the surroundings and police officers with a smart phone in hand. 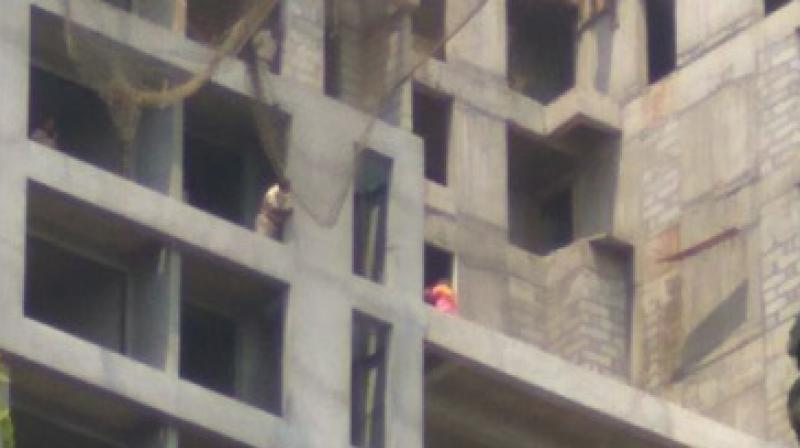 The counselling team is constantly in touch with her, said a police source. (Photo: The Asian Age)

Mumbai: In a dramatic situation, a middle-aged woman has climbed on to the ledge of the 18th floor of a 21-storey building in Wadala.

She has been seen taking selfies, pictures of the surroundings and police officers with a smart phone in hand. Wearing a salwar kameez, her identity is still unknown. Nearly 25 policemen and 20 fire brigade officials are carrying out rescue operations.

The woman climbed up to the 18th floor at around 10.30 am and the police rescue team reached at 11:00 am after receiving a call. "The woman does not appear stressed or mentally unstable," said an official who spoke to her.

"She is clicking pictures of all officers, but as soon as we make a move near her, she threatens to jump. Our counselling team is constantly talking to her," said a police source.