Sources said that a Pakistani agent who was based in Delhi named Meherban Ali had asked Naviwala to give money to Aftaab Ali. 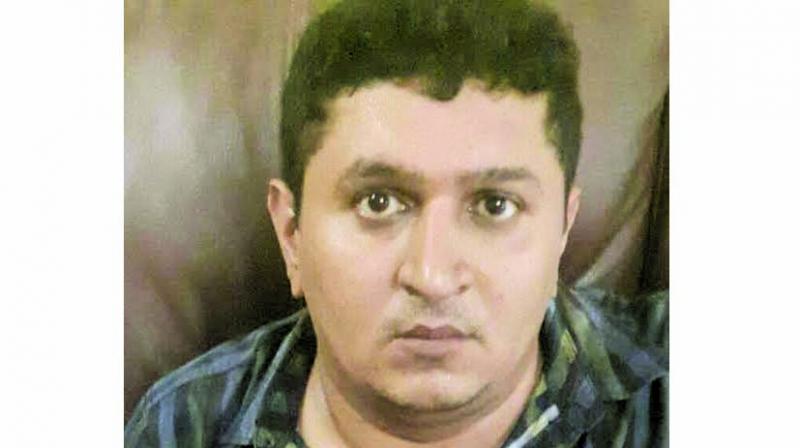 Mumbai: The Maharashtra Anti-Terrorism Squad (ATS) on Thursday arrested Javed Naviwala, an alleged hawala trader whose employee Altaf Qureshi was on Wednesday arrested by the counter-terror agency on suspicions of being an agent of the Pakistani spy agency Inter Services Intelligence Directorate (ISI). Naviwala and Qureshi have been accused of sending funds to another alleged ISI agent based in Faizabad of Uttar Pradesh, Aftaab Ali, who was arrested on Wednesday.

According to ATS sources, it has been found that Naviwala and Qureshi were involved in illegal hawala transactions with Aftaab Ali, the UP-based ISI agent who was arrested on Wednesday by the UP ATS.

Sources said that a Pakistani agent who was based in Delhi named Meherban Ali had asked Naviwala to give money to Aftaab Ali.

According to ATS sources, Naviwala got a call a few days ago stating that a friend needed some money in UP for charity so he should send `15,000 to an account number that was given to him. Naviwala relayed the instructions to Qureshi and he then sent the money to the account, which was Ali’s. The Maharashtra ATS is currently obtaining details of all bank accounts held by Qureshi and Naviwala and examining the bank statements, after which the duo will be questioned as to the transactions that they have made over the years.

A source that knows ‘angadia’ (human courier) traders told The Asian Age, “I know Javed Naviwala as a hawala and angadia trader since three years. I never heard of him having any terror links. I have heard from Naviwala that he may be having relatives in Pakistan.”

In the transit remand copy Maharashtra ATS officials had said that Qureshi (33), who was arrested from Pydhonie by the UP ATS on Wednesday night, was employed with Naviwala and had sent money to Ali, arrested in Faizabad, on Naviwala’s instructions. The officials needed custody of the duo as they want to learn about from where they had received money. Also, officials have recovered some suspicious messages from Naviwala.

According to ATS officials of Mumbai, Naviwala and Qureshi both hail from Dhoraji and Qureshi had come to work for Naviwala in Mumbai in 2009. The duo worked together till 2014, when Naviwala had to shut down his business due to some problems. He restarted it in 2015 and Qureshi came back to work for him.