Some commuters said the lack of punctuality was a bane. 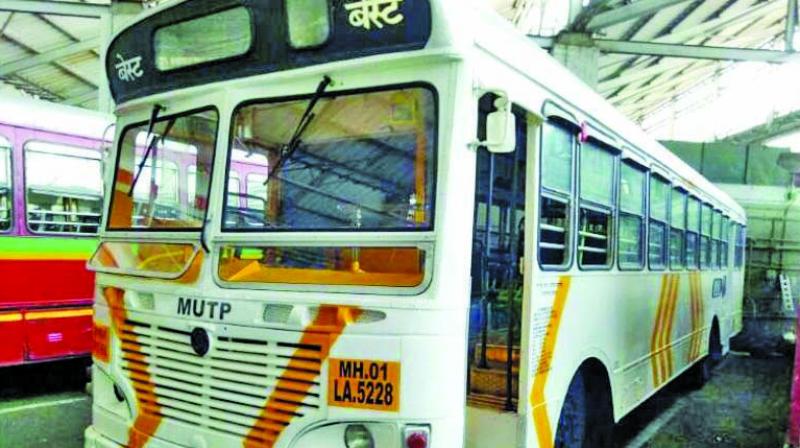 Users took to social media to express their displeasure with the BEST’s proposal.

Mumbai: The Brihanmumbai Electric Supply & Transport (BEST) has got a thumbs-down for its experiment with white-and-yellow coloured buses on Facebook. This newspaper had earlier reported announcement of the undertaking’s experiment where two of its buses were repainted white-and-yellow and commuters were urged for feedback. However, they have taken to the social networking website to express their displeasure with the idea.

According to Vijay Kulkarni, the colour white in a country of paan chewers was a very bad idea. “Please don’t paint it (bus) white. It will get spoiled because of pollution and paan chewers and eventually turn red. White will not be suitable and will add to the cleanliness and maintenance costs of BEST, so my kind request is let the red colour be as it is,” he posted.

Another commuter Rajesh Raul felt that the colour red was synonymous with BEST. “Don’t change the colour, and let red continue to be the colour of BEST buses as it is a part of Mumbai’s identity,” he wrote.

Suryakanth Rajesh Shirke said that the colour was irrelevant but service needed a touch of courtesy. “Let the bus colour be anything but the service should be good and drivers and conductors should be courteous to commuters,” he said.

Some commuters said the lack of punctuality was a bane. Ankit Deepak Acharya posted, “Improve the service and not the colour.”

The white-and-yellow experiment was started by BEST on April 27 and commuters will be urged for feedback for the next six months. One of these buses is air-conditioned while the other is non air-conditioned; the former will ply the corporate route between Kurla and Bandra-Kurla-Complex while the latter will be likely seen in south Mumbai, said BEST officials.