At 27 per cent, Maharashtra’s water storage better this year

Last year, the storage level was around 12 per cent in the state. 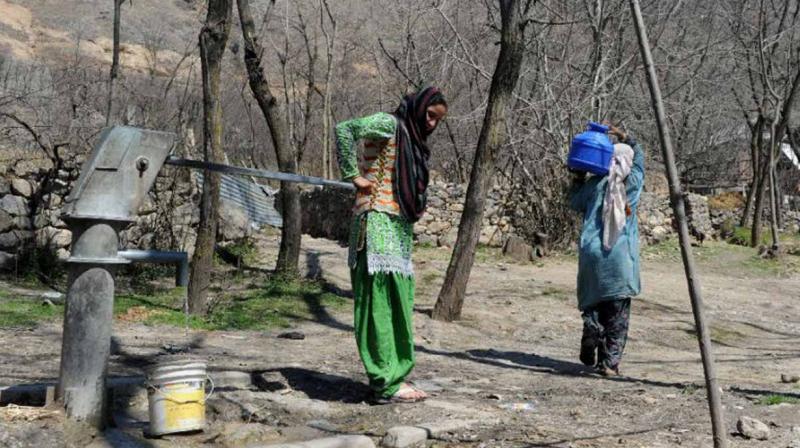 Marathawada had only one per cent water storage, with Nanded city the worst affected as all its resources had dried up. (Photo: AFP)

Mumbai: Maharashtra’s water storage is better this year compared to the last, due to which use of tankers for supply of water is less. As of now, the state is left with 27 per cent water storage which was 12 per cent last year.

Latest data from the water resources department showed that Konkan had the highest water storage at 53 per cent, followed by Amravati and Marathwada with 32 per cent each. However, Nagpur had only 14 per cent water left on May 4.

Last year, Marathawada had only one per cent water storage, with Nanded city the worst affected as all its resources had dried up. So much so, the government had to supply water to Nanded and surrounding areas through railway wagons.

Drawing a comparison, a government official said, “This year, the rainfall was more than sufficient in all regions. Also, the government’s efforts at conserving water through various schemes like the Jalyukta Shivar bore fruit. In places like Marathwada, the water table has also gone up. We have deployed very few tankers this year compared to the last.”

At present, the dams have water storage. But evaporation due to heat is high and hence, tankers are supplying water in some areas, said the official.