RTI queries reveal that as many as 1,017 schools of the total 1,195 schools do not have class 8 facility. 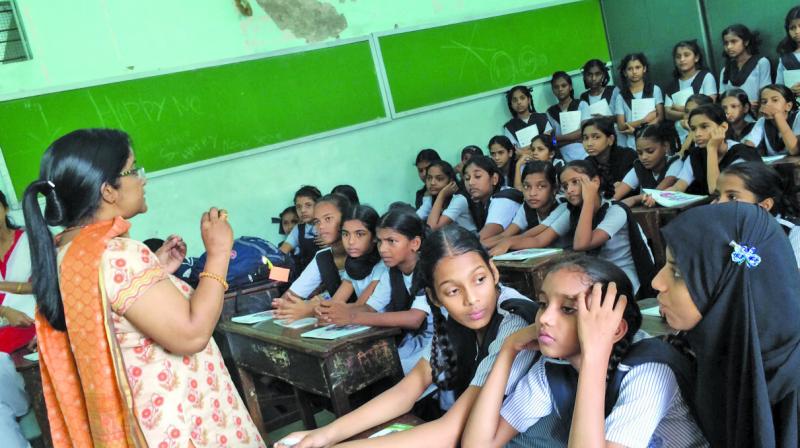 Mumbai: A city-based activist filed a complaint with the National Commission for Protection of Child Rights (NCPCR) claiming that over one lakh students of BMC-run schools have dropped out due to the absence of class 8 in many schools.

Acting on the complaint of Ghanshyam Sonar, the NCPCR has directed the Maharashtra Commission for Protection of Child Rights (MCPCR) chairperson to look into the matter.

Sonar on Thursday said as per the information obtained by him from the Brihanmumbai Municipal Corporation (BMC) through RTI queries, as many as 1,017 schools out of the total 1,195 schools do not have class 8 facility.

During 2003-04 to 2009-10, over one lakh students dropped out of the civic-run schools after class 7 due to lack of class 8 facility, which he said is the violation of the Right to Education (RTE) Act that mandates free and compulsory elementary education (till class 8) to every child in the age group of 6 to 14.

The NCPCR is a statutory body set up in 2007 under Commissions for Protection of Child Rights Act, 2005, with an objective to protect, promote and defend the child rights in the country.

When contacted, BMC Education Committee chairperson Shubhada Gudekar denied that the number of dropout students was so large. "It is not true that such a large number of children were denied education by civic schools. We have started opening class 8 in many schools and the situation has improved significantly," said Gudekar.