This is the first of a kind campaign where the auto rickshaw union has come forward to support the cause. 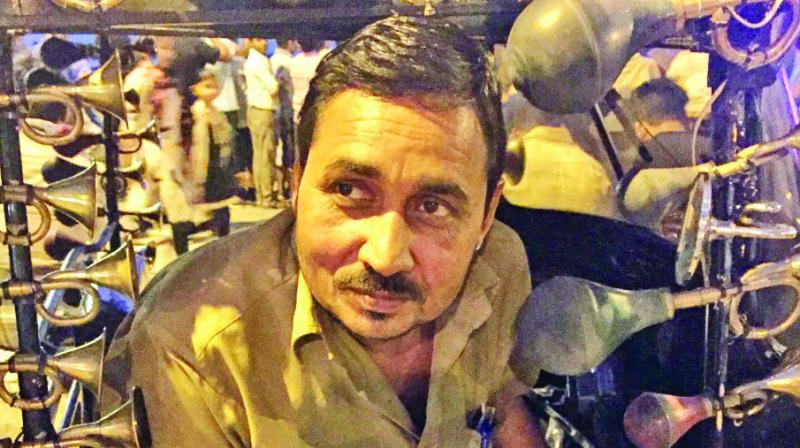 Auto-rickshaw with 100 blow-horns is on the city roads, urging citizens to refrain from honking.

Mumbai: In order to curb noise pollution from incessant honking, Awaaz Foundation, a non-profit organisation is spearheading a campaign called 'HornVrat', with the transport department, the Rickshaw-Drivers’ Union and the Mumbai Police. As part of the campaign, an auto-rickshaw, fitted with 100 blow-horns, is hitting the city roads, urging citizens to refrain from honking.

In a span of two months, the auto has been able to spread the message of ‘no-honking’ in parts of South Bombay, Western and Eastern Suburbs. “

This is the first of a kind campaign where the auto rickshaw union has come forward to support the cause. By putting 120 blow horns on the auto, we are trying to symbolize how these auto rickshaws are exposed to honking throughout the day. It is not only affecting them, but also putting the health of commuters and motorists at risk,” said Sumaira Abdulali, Founder of Awaaz Foundation.

The NGO claims that Mumbai honks 18 million times per hour. “We are trying to mobilise as many departments to create larger awareness among citizens. We are hoping that several residents group approach join us to spread the message in their areas too,” added Ms. Abdulali.

“Although we have observed positive change in the behaviour of the motorists, any dramatic change would take some time. However, we are making constant efforts to bring that out,” said Amitesh Kumar, Joint Commisioner of Police (Traffic).

Circular to be issued

After the High Court’s direction regarding protecting the identity of noise complainants, the Maharashtra government is going to issue a circular to the police stations asking them to not reveal the details of citizens who complain regarding noise pollution. On Tuesday, the Bombay high court has rapped the Mumbai police for giving out information about persons who complained about noise pollution in their localities.