Experts have attributed the good air quality to increase in temperature and good winds. 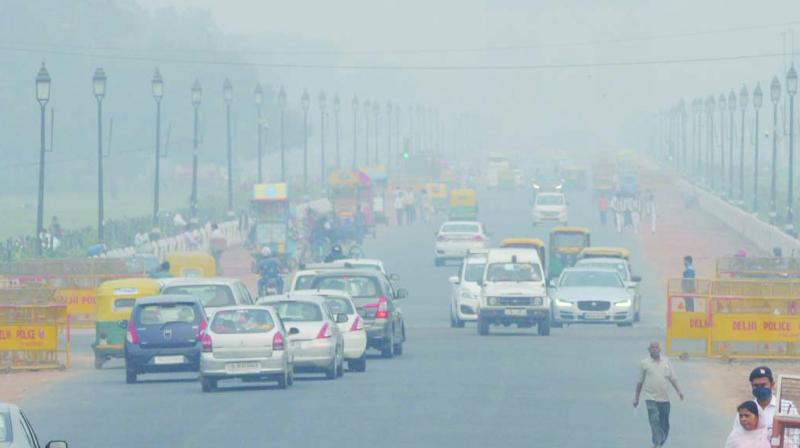 In February, the city’s air was reeling under pollution, as the AQI ranged between poor to very poor.

Mumbai: Mumbai saw an instant improvement in air quality Monday, as the Air Quality Index (AQI), an indicator for pollutants in the air, recorded 89, which comes under the “satisfactory” category. Experts have attributed the good air quality to increase in temperature and good winds. In February, the city’s air was reeling under pollution, as the AQI ranged between poor to very poor.

On Monday however, several areas of Mumbai recorded “satisfactory” air quality, while the Bandra-Kurla Complex, Andheri and Mazgaon recorded air at “moderate” level, according to the System of Air Quality and Weather Forecasting and Research (SAFAR). Bhandup had the best air with PM10, pollutants arising from dust particles, at 53, followed by Colaba (53), Worli (55), Chembur (75), Borivali (90) and Malad (95).

“The air quality was fairly good in Mumbai due to the good wind speed and increase in temperature. Usually, the air quality deteriorates when the temperature is low, which is why you see more days of poor air quality during winter,” said Gufran Beig, project director at SAFAR.

Remarkably, the city’s mercury dropped to 29.7 degree Celsius over the last 24 hours since Sunday. The minimum temperature too was recorded at 20.4 degrees. This is contrary to the weather during last week when the maximum temperature recorded was between 31 degrees and 33 degrees. According to weather experts, an upper air trough has developed over the coastal areas of south Gujarat and adjoining areas of coastal Maharashtra, due to which it was cloudy during the daytime Monday.