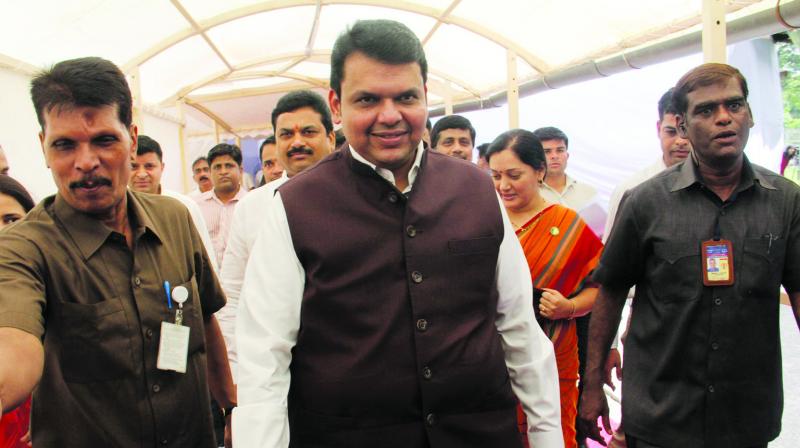 Mumbai: In a back-to-back blow to the spectators, after announcing the BJP’s withdrawal from the BMC’s mayoral race, chief minister Devendra Fandnavis on Saturday indicated that he would keep Shiv Sena on a tight leash by appointing a deputy ombudsman (Upalokayukta). The appointment will be made exclusively for Mumbai. He also appointed a three-member committee of former bureaucrats to monitor and give reports of transparency in other municipal corporations.

“We contested the BMC elections on the issue of transparency and received overwhelming support of the people. Our number of corporators increased from 32 to 82. Now we have decided not to contest election for the mayor, deputy mayor or any other post. The Shiv Sena and BJP, both will have 10 members each in the 27-member BMC standing committee. But there, too, we will not claim any post. We will not stand in the opposition either,” Mr Fadnavis announced. He said that the Upalokayukta would act as an anti-corruption ombudsman for Mumbai alone.

The committee of bureaucrats including Gautam Chatterjee, Sharad Kale and Ramanath Jha will prepare a report on transparency in municipal corporations. The committee has been given three months to submit the report to the government.

Social activist Vivek Korde has questioned the sudden need of Upalokayukta, terming it a ‘political move’ against Shiv Sena.

“What is the need for appointing (the Upalokayukta) when we already have a Lokayukta? Shiv Sena and BJP were in alliance for 20 years but did not appoint a Upalokayukta and neither talked about corruption in the BMC before the polls.

The BJP is now going to appoint officials against Shiv Sena. This is a political move. Also, the autonomy of local bodies is threatened by such appointments,” Mr Korde Korde said.