Shiv Sena is fielding Mr Mahadeshwar for the mayor’s post, Hemangi Worlikar will be the party's candidate for the post of deputy mayor. 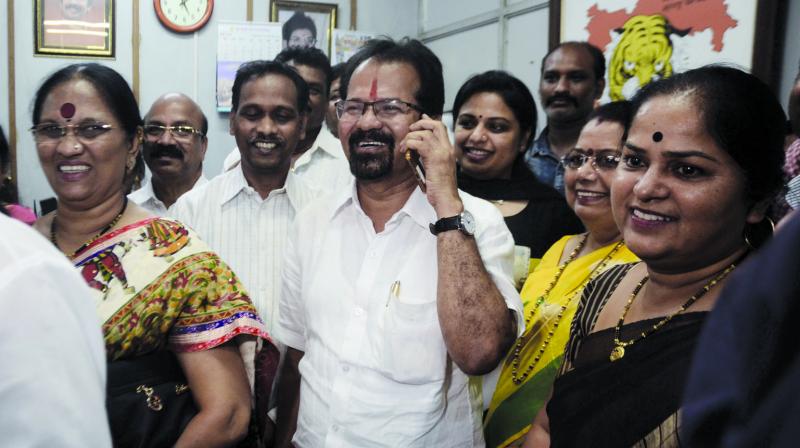 Mumbai: When Vishwanath Mahadeshwar (55) dons the mantle of mayor of BMC, he will bank on his rich experience as teacher and kabaddi coach in running the biggest municipal corporation of the country.

Hailing from Kusbe village in Sindhudurg district, Mr Mahadeshwar has been with the Sena for the past 35 years. After completing his B.A.-B.Ed., he became a teacher and stayed one for 18 years. He was principal of Raje Sambhaji Vidyalaya and Junior College, Santracruz east. Additionally, he taught English at the Pantnagar Technical Institute in Ghatkopar.

Also an avid sportsperson, Mr Mahadeshwar, while studying in Ram Niranjan Ruia College, played for its kabaddi team and later coached the college’s team in several tournaments. “I have coached several Arjuna awardees during my coaching stint,” he proudly declared.

In the 227-member civic house, 84 are from Sena, 82 from BJP, 31 from Congress, nine from NCP, seven from MNS, six from SP, two from AIMIM, one from ABS, and the remaining five are independents. While Mahadeshwar’s experience as a teacher will certainly stand him in good stead, his skills as a kabaddi player are likely to prove more crucial in helping him tackle volatile situations in such a big house.

This is Mr Mahadeshwar’s third terms as corporator. He got elected in 2002 and 2007 but did not contest the 2012 BMC polls as his ward got reserved for women, and his wife Pooja contested, and won. However, this year, he defeated BJP corporator Mahesh Parkar to emerge victor in ward number 87. In 2003-04, he also worked as chairman of the BMC education committee and has been a member of the civic standing committee. Sena MP Rahul Shewale said, “Mahadeshwar is like ‘Ajatshatru’ who has friends in all parties. Affable by nature, he has the ability to take even opposition members along with him.”