On Tuesday, all party leaders, except the BJP, came together to protest against the EVMs used for voting. 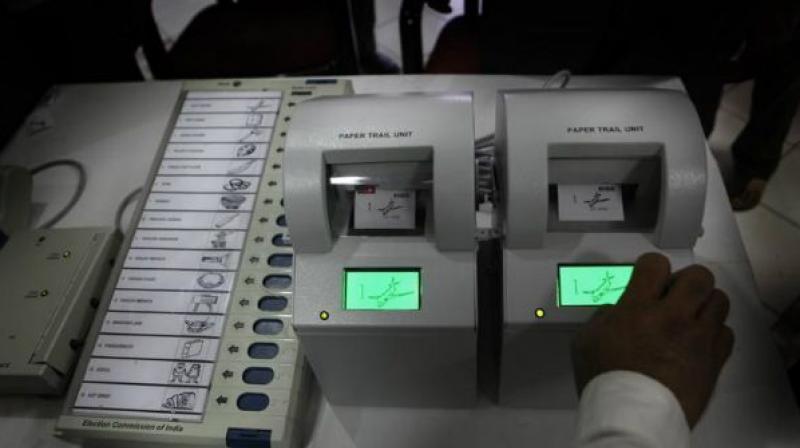 There were complaints from individuals that their votes went to the wrong parties or were not counted by the EVMs.

Mumbai: Riding on outrage among public about alleged rigged electronic voting machines (EVMs), the Congress is planning a strategy to bring the issue on the first day of budget session beginning from Monday. Congress leaders in the Assembly would be chalking out a strategy to raise their voice during the governor’s speech on Monday to grab more attention.

Raising serious doubts over the malfunctioning of EVMs and the missing names of lakhs of people from the voters’ lists, all political parties held protests in Pune last week. An apex committee has also been formed at Nashik to pursue the issue. During the recent corporation and zilla parishad polls in Nashik, Pune and Mumbai, there were reports of EVM allegedly being hacked. There were complaints from individuals that their votes went to the wrong parties or were not counted by the EVMs.

A few Congress MLAs have proposed that the party should raise the issue in the Assembly first when the governor delivers his speech in order to grab national attention. Also, Congress leaders wanted to highlight that the EVM machines brought in for Maharashtra had come from Gujarat, raising doubts about their validity.

When contacted, leader of Opposition in the Assembly, Radhakrishna Vikhe Patil said that the issue is under consideration. “There are several issues to be raised by the party. EVM tampering is one of them. We will be holding a meeting with our MLAs before the session to strategise for the first day of the budget session,” Mr Vikhe Patil said.

On Tuesday, all party leaders, except the BJP, came together to protest against the EVMs used for voting.