An official said that ICF officials in the city had been pushing dates of RDSO trials saying that they were not yet ready for the tests. 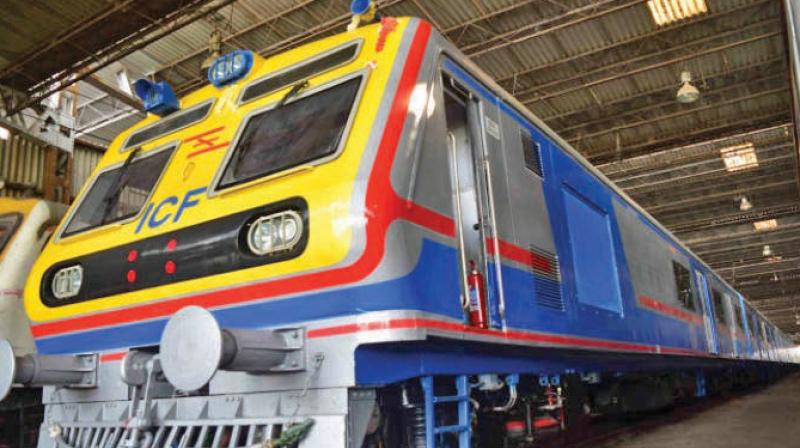 Apart from failing every pre-trial test, the train was the only model with the highest number of glitches reported.

Mumbai: At a time when the air-conditioned train’s run in the city has already been delayed, it has come to light that the manufacturer of the train is already conducting trials even before an official trial by the Research Designs & Standards Organisation (RDSO). Reason being the Integral Coach Factory (ICF), from where the train has been procured, is afraid that the train will not be able to withstand the battery of tests it will be put through.

Central Railway (CR) officials said that ICF was conducting such trials on its own for the first time as it was jittery about dismal performance of the train ever since it came to the city in April last year. Apart from failing every pre-trial test, the train was the only model with the highest number of glitches reported.

An official said that ICF officials in the city had been pushing dates of RDSO trials saying that they were not yet ready for the tests.

“ICF has been giving one date after the other about when the train will be ready for RDSO trial but it has been pushing for another week or month right on the morning of such scheduled trials. Currently, it has been given the tentative date of March 6 but it’s a big question if ICF will stick to it. At the same time, it has been taking the train out of the Kurla car shed and running it between Kalyan and Kasara in the night so that it can solve issues, if any, before RDSO officers check them,” the official said. Apart from other issues, the incompatible software on the train has wreaked havoc on the ICF trials.

An official said, “The software is such that if you give a command, it doesn’t get relayed across 12 coaches, for example, putting on breaks, increasing or decreasing speed of coaches at once etc. This could prove to be a major safety hazard and there is no way that RDSO will give an okay to the train.”