The authorities had sought a repair from the Indian Institute of Technology (IIT-B) before taking up the repairs. 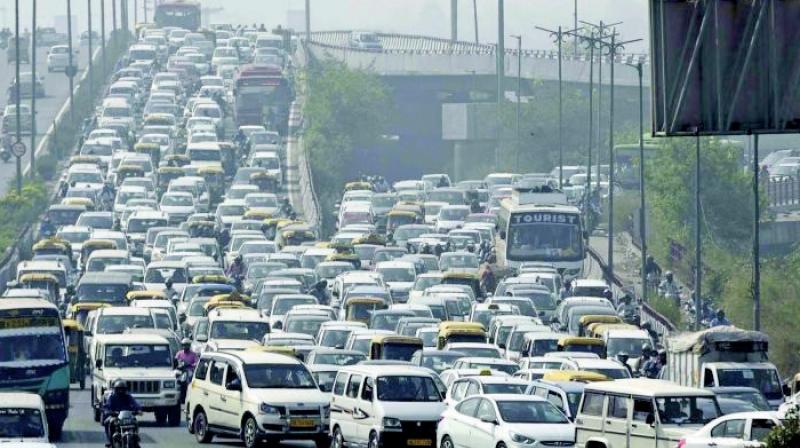 The repairs might be done in phases if the authorities face traffic block during the repairs.

Mumbai: Commuters taking the Sion flyover are set to face traffic chaos in March as the Maharashtra State and Road Development Corporation (MSRDC) has decided to start repair works at the flyover. The repairs might be done in phases if the authorities face traffic block during the repairs. The second phase of repairs may then be done during monsoon. The authorities had sought a repair from the Indian Institute of Technology (IIT-B) before taking up the repairs.

The Asian Age had reported in its November 14 issues, that the flyover is likely to be taken for repairs in 2018 and MSRDC is awaiting IIT-B report to know the nature of repairs to be undertaken at the flyover.  The report, which came out recently, suggested repairing the bearings and expanding the bridge. Bearing is placed between the piers and bridge deck to allow controlled movement. Such repairs are meant to improve the structural strength of the bridge.

“We will start the repairs by first week of March, and the work should get completed by mid May if it’s not delayed due to traffic blocks,” said an MSRDC official. The work will involve expenditure of `3 to 4 crore confirmed the official.

The IIT-B report was sought for 22 bridges in the city, however, on the basis of immediacy, four flyovers, which require major structural repairs, were shortlisted, suggested the MSRDC officials. The Sion flyover has been in media reports in the past due to its inferior quality of bearings.