Sena leader Arjun Khotkar, who was given the task to pacify Mr Sattar, claimed that the MLA has not quit and rubbished reports about his resignation. 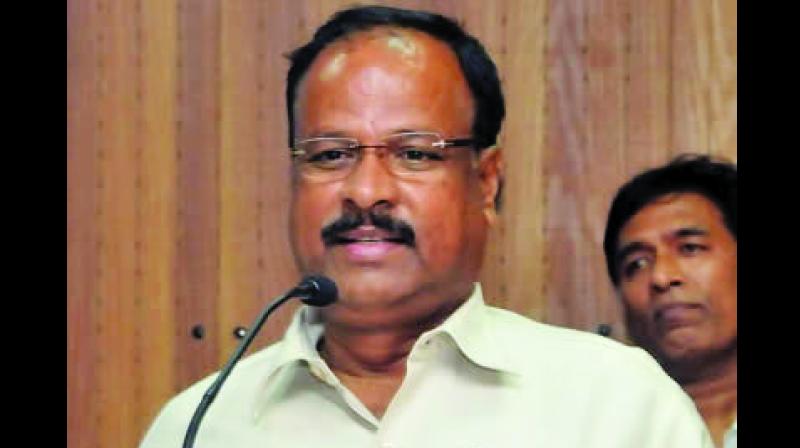 Mumbai: The Shiv Sena could receive a big jolt as its lone Muslim Member of Legislative Assembly (MLA) Abdul Sattar has reportedly decided to resign for not being made a Cabinet minister in the Uddhav Thackeray-led government. Senior Congress MLA from Jalna Kailash Gorantyal has also threatened to resign from all party posts along with several office-bearers and workers citing ‘injustice’.

Sena leader Arjun Khotkar, who was given the task to pacify Mr Sattar, claimed that the MLA has not quit and rubbished reports about his resignation. Mr Sattar, too, later said that the reports of his resignation are just rumours. Mr Sattar further said that he would make his stand clear after speaking to the chief minister, who has called him for a meeting on Sunday.

“I will answer all your queries after meeting with Uddhav Thackeray. I will inform Mr Thackeray about all that is being said about me. I will clear my stand before him. Whatever decision he takes will be acceptable to everyone,” the minister of state said while replying to a query about his resignation.

Taking a swipe at the Maha Vikas Aghadi (MVA), senior BJP leader and leader of opposition in Maharashtra Assembly Devendra Fadnavis said that Mr Sattar’s resignation is just the beginning of the end of the Sena-led government. Meanwhile, Mr Gorantyal said that his decision to resign was taken at a meeting of the district Congress committee on Saturday.

“I will meet Maharashtra Pradesh Congress Committee president Balasaheb Thorat and submit my resignation. The party members of the Jalna Municipal Council, Zilla Parishad will also submit their resignations along with me,” he said.

The MLA claimed that Congress functionaries of all tehsils in Jalna had already quit. “The party has neglected me and not given me justice,” he added.

“The Sena candidate has suffered defeat due to the stand taken by Mr Sattar. The party should take action against him,” said Mr Khaire.

Lahanu Gaikwad of the BJP was elected as vice-president in the Aurangabad ZP. He got 32 votes, defeating Sena’s Shubhangi Kaje who got 28 votes. Sena ZP member Sheetal Bansod was not allowed to cast vote as she turned up late.