The accused, identified as Parjit kumar Singh (39), had fled along with three other prisoners from the Buxar jail, officials said. 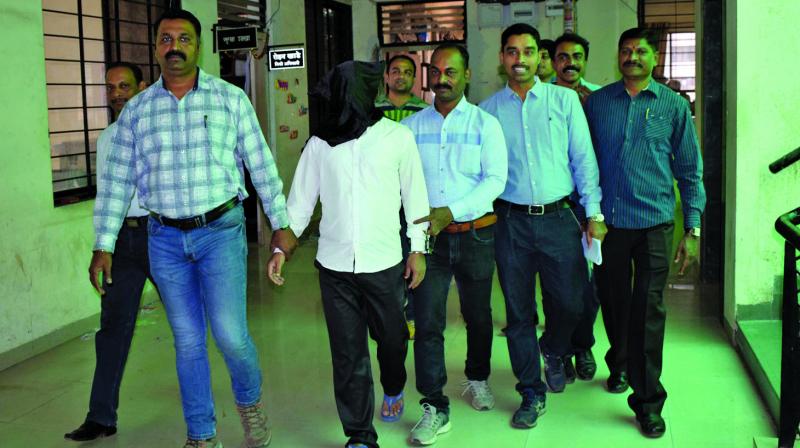 Mumbai: Thane police has arrested a murderer who fled from Buxar prison in Bihar on December 30, 2016 while serving sentence for killing three people including two women. The accused was sentenced to death following which he sought mercy from the President and has been sentenced to life.

The accused, identified as Parjit kumar Singh (39), had fled along with three other prisoners from the Buxar jail, officials said. The accused stayed at many places before arriving at Thane following which the Thane crime branch received a tip off of their presence.

A team headed by unit I senior inspector Nitin Thackre laid a trap after receiving input of his presence and nabbed him from Chendani Koliwada on Wednesday.

The investigators said that the accused had stayed in Nepal, Delhi, Kolkata, Gujarat, Nashik, and Mumbai after which he shifted his base to Thane.

He had been running his extortion racket by making phone calls to Bettiah district in Bihar. The information was shared with the Thane police. The investigators then formed three teams and began a probe that helped to track down Singh.

“A trap was laid near the Chendani bus terminal and the accused was apprehended in the early hours of Thursday. He will be handed over to the Bihar police for further investigation,” said a Thane crime branch officer.

Singh had committed the murders in April 1998. He had  fled from the prison along with Sonu Singh, Sonu Pandey, Devdhari Rai and Upendra Saha. Pandey and Rai were arrested later, officials said.