The person was identified as Nikhar Sahu, a resident of Fatehpur in Uttar Pradesh who hired a cab for Worli from Bandra. 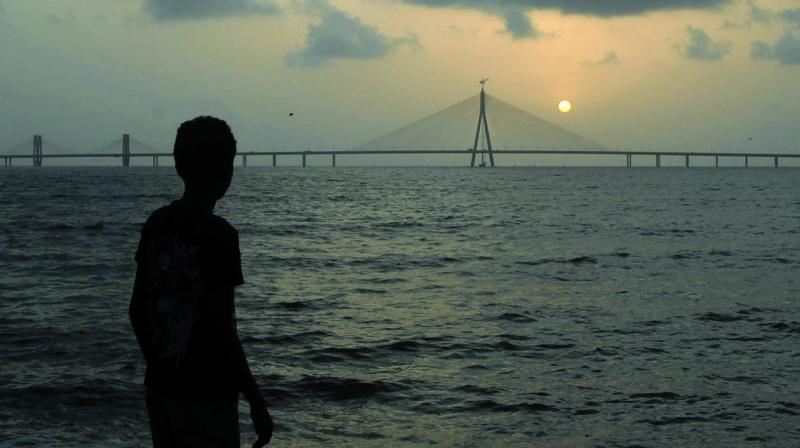 Mumbai: A man in his thirties survived after attempting suicide by jumping from the Bandra-Worli Sea Link on Thursday morning. The person was identified as Nikhar
Sahu, a resident of Fatehpur in Uttar Pradesh who hired a cab for Worli from Bandra. After the cab crossed the toll booth on sea link, Sahu asked the cabbie to stop for taking a selfie at around 11.30am. He alighted and walked towards the sidewall only to climb and jump off into the sea.

The taxi driver informed the police control room soon after and informed about the incident. A team of Worli police rushed to the spot and began a rescue operation along with the fire brigade. “At around 4.30pm, we found a person lying unconscious on the shores near Chaityabhoomi. Upon verification, we foundthat he was the same person who had jumped from the sealink,” said an officer from Worli police station. 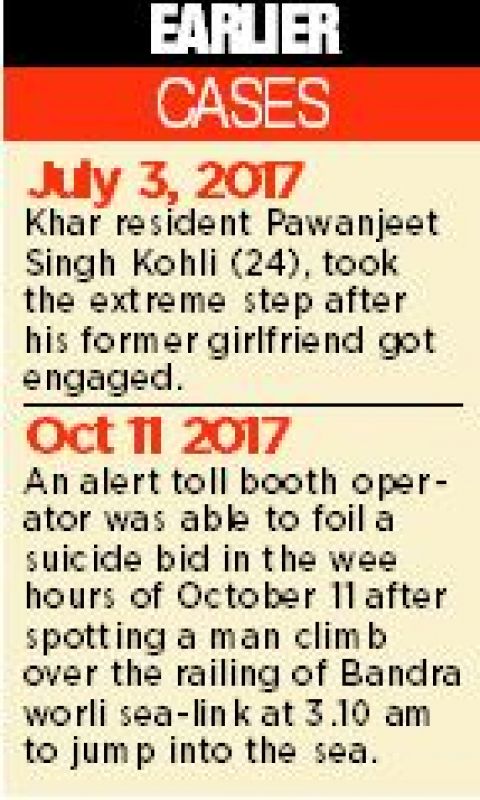 He was found to be breathing and was rushed to the Sion hospital. The police recorded the statement of the cab driver and pulled him up for stopping the taxi on the Sea Link. Following a series of suicides from the Sea link, the police had ordered taxi operators not to stop the cabs midway.