However, experts believe that there has been around 20% decrease in the population and diversity of the birds in the park since the 1980s. 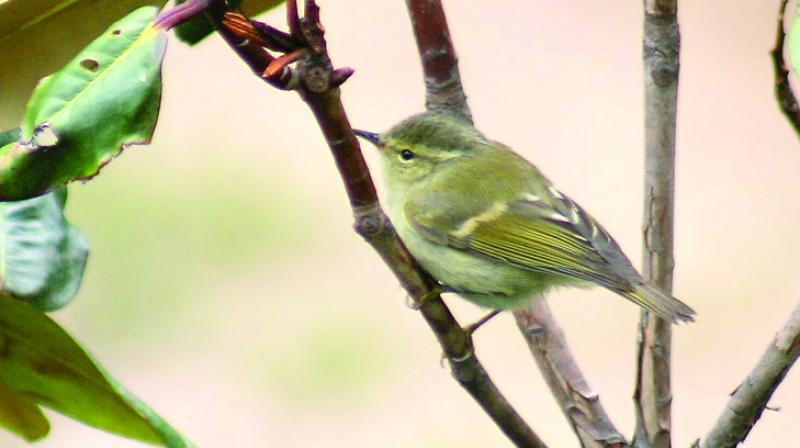 File image of a Himalayan Warbler.

Mumbai: Mumbai has seen a lot of warblers this year, especially the leaf warblers that were spotted in good number at the Sanjay Gandhi National Park (SGNP) this year, as compared to the last SGNP bird count of 2014-15, confirmed bird experts. The observation was made during the ongoing bird-survey in the national park, which began in May 2017. The ‘Phylloscopus’ warblers are native to the Himalayas and travel to other regions of the country during winters, including SGNP in Mumbai.

“During the last survey in 2014-15, around seven species of these warblers were spotted in the national park. This time, they were found in large numbers as compared to the last survey,” said Dr Parvish Pandya, coordinator of the SGNP bird count and Vice-Principal at Bhavan’s College. Since the leaf warblers are insectivores, experts suggest that the increase in numbers could be due to thriving number of insects in the park. There are around 65 species of warblers in India.

The complete data for this year’s bird survey is yet to be compiled. As per the last survey, four species of Phylloscopus Warblers were found including the Sulphur-bellied Warbler, Hume’s Leaf Warbler, Greenish Warbler and Western Crowned warbler. Around 194 bird species were recorded during last survey from 2014-15, after which there was a gap for two years. However, experts believe that there has been around 20% decrease in the population and diversity of the birds in the park since the 1980s.

Among the significant sightings during the last survey were the Indian Spotted Eagle, Greater Spotted Eagle, Eastern Imperial Eagle, Oriental Dwarf Kingfisher and Amur Falcon. All these species were spotted during the present survey, except for the Amur Falcon. Experts believe that being a winter migratory bird, it is still to arrive in the city.