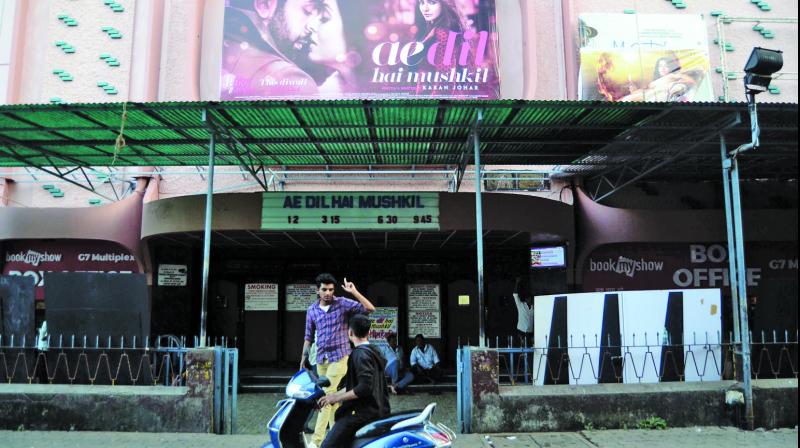 File image of a multiplex in the city.

Mumbai: Taking cognizance of  complaints by a petitioner, who pointed to the cinema halls restricting patrons from carrying outside food and thus resorting to profiteering by charging more than the MRP for food products being sold inside the cinema halls, the Bombay high court directed the state to frame guidelines for the same. The court also directed the petitioner to give suggestions to the state for allowing home food to be carried inside cinema halls.

A division bench of justices R.M. Borde and R.G. Ketkar was hearing a public interest litigation filed by Jainendra Baxi, a film writer and director, who pointed out to two issues namely illegal restrictions on bringing of personal food items by cinema goers into the auditoriums and illegal hawking by multiplex owners within the auditorium at rates over the maximum retail price.

While making submissions for the petitioner, advocate Aditya Pratap informed the court that though there was no provision under the law to prohibit carrying of personal food articles inside the theatres, theatre owners impose an illegal ban and the Government of Maharashtra is silent on this.

Mr Pratap further said that while the Maharashtra Cinemas (Regulation) Rules, 1966, prohibit hawking and sale of food inside the auditorium, the rule is also openly flouted and hence the PIL sought directions to the government to formulate guidelines for the same.

After hearing both sides, the court said it was an important issue and directed the state to frame draft guidelines for the same within a week.

The court further directed the petitioner to submit draft suggestions which the home department, could incorporate in the Cinema Licence conditions to ensure that no cinema hall prohibits people from bringing their own food.

Dr Manohar Kamat of the Consumer Guidance Society of India said, “It is a peculiar situation where taking outside food is a right of the patron, but at the same time his choice of food could be offensive to another patron. As there is nothing like self-regulation, the courts should take note of such peculiar situations and direct the state to formulate guidelines which will not only restrict unfair trade practices by the cinema and multiplex owners, but also ensure patrons do not overdo their rights while carrying outside food into the auditorium.”