Meanwhile, private truck transporters said that they underwent losses to the tune of 2,000 crore across the state. 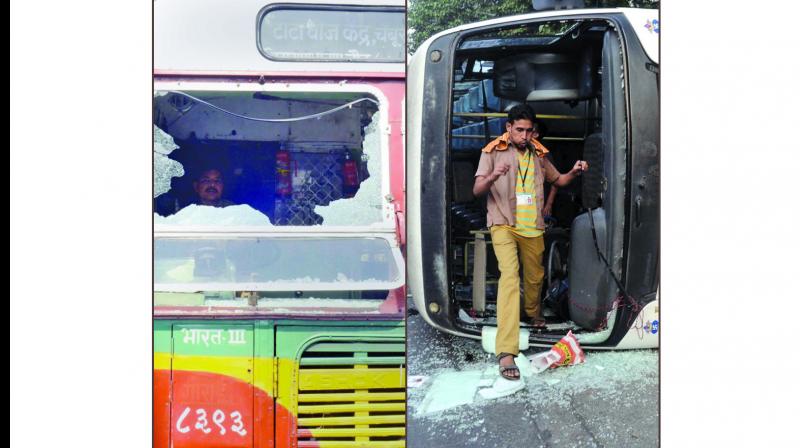 File images of buses that were damaged during the protests in Mumbai in the wake of Bhim-Koregaon violence.

An official from MSRTC said that the corporation became the biggest target of mobs throughout Maharashtra. “We estimate that around Rs 32 crore was lost across all districts of the state. The number might increase as more data pours in but this is the minimum figure.”

With BEST limited only to Mumbai roads, it suffered a loss of just Rs 3 crore. However, a BEST official said, “We suffered heavy losses and BEST is already in the red. We will have to divert this money from somewhere else.”

Meanwhile, All India Motor Transport said that it lost an eye-popping Rs 2,000 crore as trucks ferrying both perishable and non-perishable goods could not make it into Mumbai.