Shiv Sena against Union Budget prior to elections, slams BJP

Thackeray also reiterated his stand on demonetisation and slammed the Centre for its shoddy implementation. 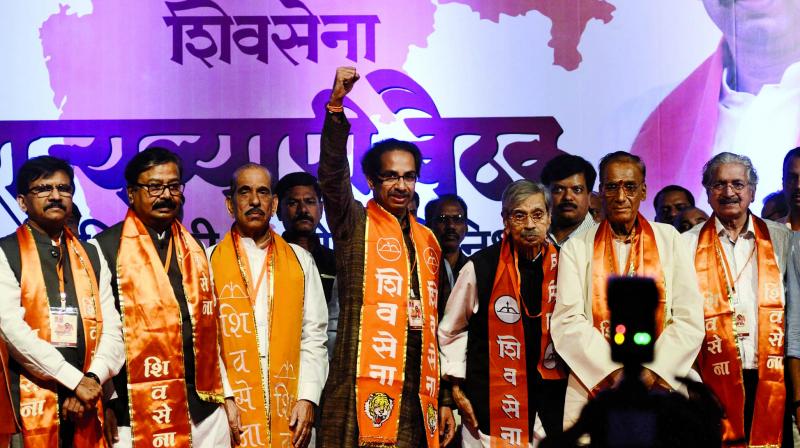 Mumbai: Objecting to presentation of Union budget in February, Bharatiya Janata Party (BJP) ally and Shiv Sena president Uddhav Thackeray on Wednesday appealed to President Pranab Mukherjee not to allow presentation of the Budget before the scheduled elections in five states, saying the Centre (BJP-government) might use it to lure voters. He warned the government not start wrong precedence. Mr Thackeray also reiterated his stand on demonetisation and slammed the Centre for its shoddy implementation.  “Why do they want to present the budget in February when it is presented in March? Will it not violate the election code of conduct in five states? We request the President to intervene the matter. This is unprecedented. Is it to lure the voters?” Mr Thackeray asked.

He was referring to the elections announced in Uttar Pradesh, Manipur, Goa, Uttarakhand and Punjab that begin from February 4, while the budget will be presented on February 1. The Sena chief asked his MPs to meet the President on the issue while addressing the party meeting at Rangsharda auditorium, Bandra on Wednesday. He even alleged that the people of the country have lost independence and the promised ‘Achhe din’ never came. “The moment has come to review the situation. People have lost faith in Achhe din. It was an election jumla,” Mr Thackeray said.

Lashing out at the BJP-led government for restricting district banks from financial transactions post demonetisation, Mr Thackeray said the government is playing with their lives. “We are with you in fight against black money and corruption. But the district banks are part of rural economy. Our farmers depend on the district banks. You forced them to open Jan Dhan accounts,” he said.