This is exactly what Thane residents had asked of the railway so as to curb traffic snarls and pollution. 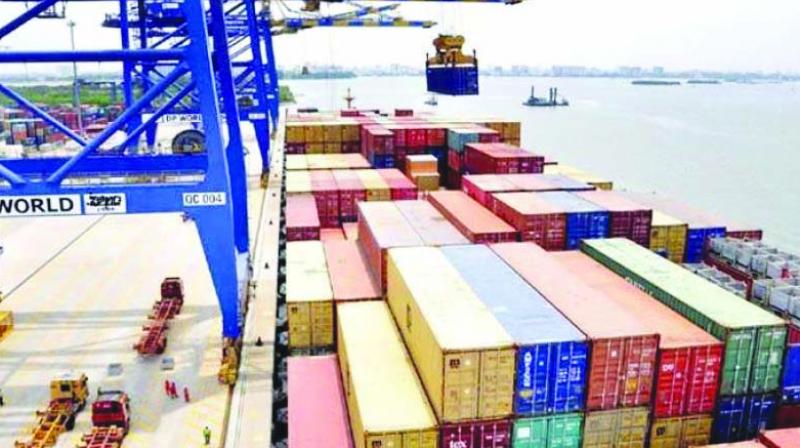 At present 500 trucks ferry freight from JNPT to Vasai daily via Thane.

Mumbai: Thane residents’ wishes may soon be granted, what with the first trial of railway’s unique RO-RO service to be carried out between JNPT and Vasai Road on January 5. The trial will see goods’ trucks piggyback flat rail wagons between JNPT and Vasai Road after which they can once again take the road. This is exactly what Thane residents had asked of the railway so as to curb traffic snarls and pollution.

The RO-RO service, currently in use on Konkan Railway (KR), has saved diesel and proved more eco-friendly than trucks that ferry goods (consumer and non-consumer) to and from north India. At present, at least 500 such trucks ferry goods from JNPT port to Vasai and further north of the country.

Officials said that the request was made by BJP Rajya Sabha MP Vinay Sahasrabuddhe along with residents of the area. Western Railway (WR) divisional railway manager Mukul Jain said, “We will be conducting trial up to Boisar on Thursday morning and if all goes well, we will begin building infrastructure like ramps for the trucks to get onto the wagons.” A railway official on condition of anonymity said, “We were told that the issue was raised by Mr Sahastrabuddhe and accordingly, railway minister Suresh Prabhu has asked us to see if this is feasible as residents of that area have been complaining about the intense smog as a result of fuel emissions on Thane road”. Mr Prabhu is learnt to have told the Railway Board that he would like it if the railway did its bit for the environment including decongesting the Thane-Mulund-Porbunder road that sees the densest road traffic.

Mr Sahasrabuddhe was not available on phone and did not respond to text messages sent by this newspaper.