According to him the proposal from Mahara-shtra had been forwarded to the Defence Ministry. 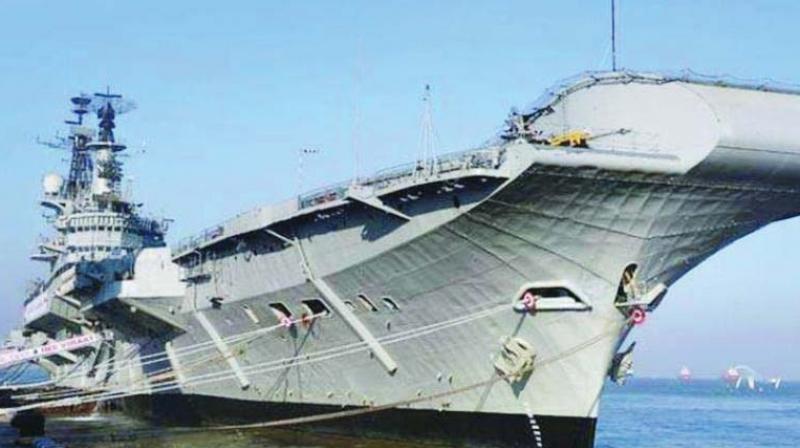 The Centaur-Class aircraft carrier operated for 56 years under British and Indian flags, earning itself a Guinness World Records mention for being the oldest serving warship. The carrier, built and deployed by the Royal Navy of the United Kingdom in 1959, served the Indian Navy from 1987 till it was formally decommissioned in March 2017.

Since it’s decommissioning, several states have expressed interest to convert the ship into a tourism hub or a museum. “Proposals have been received from several states, including Mahar-ashtra, to convert INS Viraat into some tourism destination. We will be permitting only dignified activities there,” said Vice-Admiral Luthra.

“It is going to be a Public-Private Partn-ership (model) which means the state, as well as a private company, is going to be involved. Whether it will be a convention centre or a museum or a tourism destination will depend on the PPP,” he said.

According to him the proposal from Mahara-shtra had been forwarded to the Defence Ministry. The Vice-Admiral said th-e ship, in its future avata-r, could be a public priva-te partnership initiative.

About the Maharashtra government’s proposal for INS Viraat, Vice-Admiral Luthra said, “It is being examined actively at the highest level.” On the maintenance cost of the decommissioned aircraft carrier, he said about 225 people have been deployed to take care of the ship, but the Navy did not “do any costing” of it.

INS Viraat was commissioned into the Indian Navy on May 12, 1987, and operated Sea Harrier fighter aircraft, Sea King 42B anti-submarine helicopters, Sea King 42C commando carrier helicopters and Chetaks as its main air elements. The aircraft carrier is reputed for having been out at sea for over six years, covering the globe 27 times.