The building department of the SDMC has stated that the action will also be continued in the coming days. 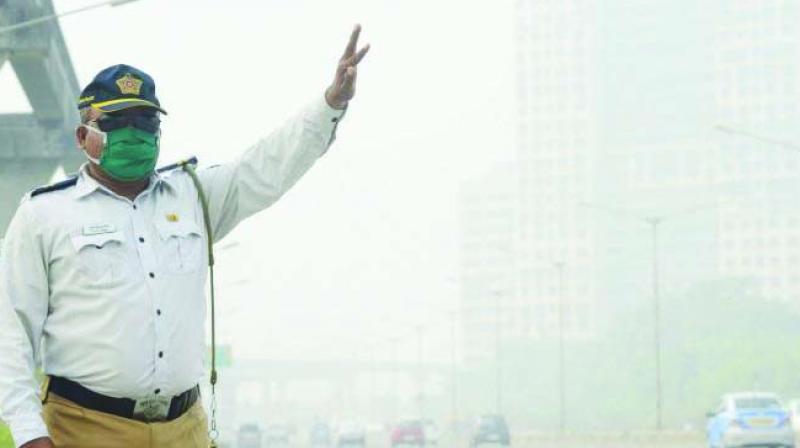 New Delhi: Air quality in Delhi oscillated between “poor” and “very poor” categories on Monday due to local pollutants as authorities predicted further rise in the pollution level.

The Central Pollution Control Board (CPCB) recorded an overall AQI of 314, which falls in the very poor category.

A senior SDMC official said that each company has been fined with an amount of Rs 50,000 resulting in recovery of Rs 3.5 lakh.

The building department of the SDMC has stated that the action will also be continued in the coming days.

The Centre-run System of Air Quality and Weather Forecasting (SAFAR) said the air quality in the national capital is very poor and at present there is insignificant intrusion (of pollutants) from outside of Delhi. “It is an ideal time to ascertain the impact of local emissions on the pollution level of Delhi,” it said.

Vehicular emissions contribute to 40 per cent of the air pollution in the national capital.