Subhash Deshmukh has prepared a proposal to give power to additional chief secretary to hear quasi-judicial matters. 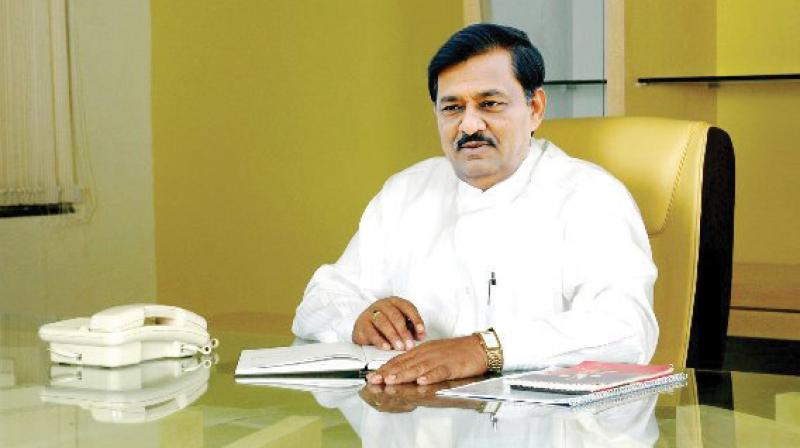 Mumbai: State minister of cooperation, Subhash Deshmukh wants to get rid of the time-consuming, quasi-judicial hearings and has prepared a proposal to give these powers to the additional chief secretary of the cooperation department. Revenue, urban development, home and housing department ministers however, are handling the quasi-judicial powers with the help of their ministers of state. The decision of the cooperatives minister may create legal issues, highly placed sources from the cooperatives department told to The Asian Age.

The Cooperation minister has quasi-judicial powers under various sections of the Cooperation Act, such as 77 A, 78, 79 and 88 regarding the dissolution of the board of cooperative society, appointing an administrator and fixing the responsibilities. There are about 40 to 50 appeals that are filed before the minister in a month. So a minister has to spend many hours in hearing the arguments and sometimes, they are quite lengthy. So, to save self from these hearings, the cooperation minister has prepared a proposal to give these powers to the additional chief secretary of the department. The law and judiciary department has cleared it and after the cabinet node, the bill to amend the cooperative law will be introduced in the upcoming winter session of the state legislature, according to the sources.

As per the provision in the act, quasi-judicial powers of appeal are vested in the government, which here means the minister. So to delegate this power, there is a need to bring an amendment in the law. Though law and judiciary department have given consent, it may be challenged in the court on the ground that whether an officer can play the role of a minister? If ministers of revenue, home, urban development and housing are all conducting the hearings, can the cooperation minister delegate such an important power to the officers on the grounds of lack of time?

These questions will be raised by the opposition parties also, sources clarified.