People fume as cars drag at toll plazas in Mumbai

Security was subsequently ramped up at all the toll plazas in the city on Saturday evening. 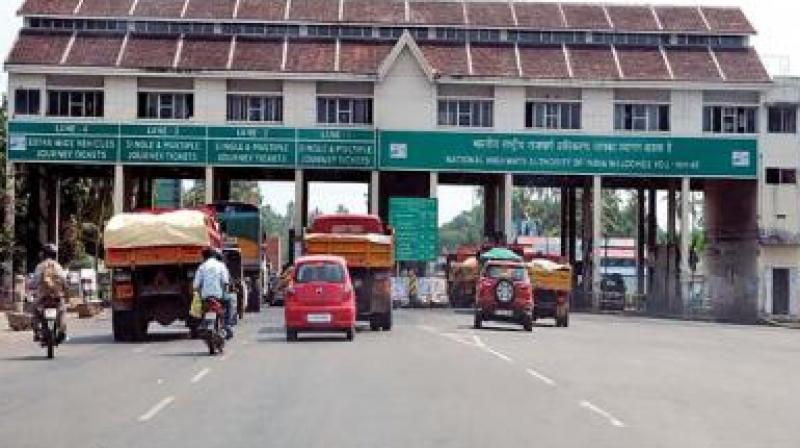 Mumbai: People had a harrowing experience at all the toll plazas in the city on Saturday – the morning after the 24-day toll exemption was lifted. Technical glitch in card swipe machines at five entry points to Mumbai, namely the Dahisar, Mulund, Thane, Airoli and Vashi saw bumper-to-bumper traffic and long queues of vehicles.

To make matter worse, the paucity of Rs 100 currency notes led to flared tempers at the toll plazas, with the Maharashtra Navnirman Sena workers having a showdown with the authorities at the Vashi toll plaza.

Security was subsequently ramped up at all the toll plazas in the city on Saturday evening.

The five toll plazas that come under the MEP Infrastructure Developers Ltd, were hit when the card swipe machines that were brought in failed to work, forcing the nakas to rely completely on their plan B -- the Rs 490 swipe cards. “There was a technical glitch in the card swipe machines but we now provide swipe cards worth Rs 490 to the public, which they can use for the next 14 journeys,” an MEP spokesperson said. Meanwhile, the cash crunch had a ripple effect on school buses ferrying students. Several school bus owners refused to ply in the western suburbs -- Andheri, Goregaon and Borivali as a majority of the drivers did not report to work.  Mr Anil Garg, president of School Bus Owners Association Mumbai & Maharashtra said he had 450 employees but only 25 per cent of them reported to work. “They are reportedly standing in long queues outside banks to get some money,” he said.