Those unable to find employment can interact with potential employers through Skills Not Scars. 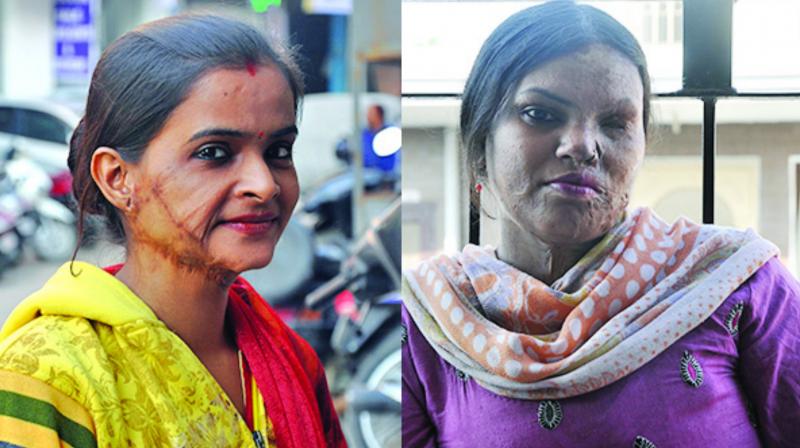 Acid attack survivors Sapna and Mamta hope to find jobs through the portal.

Mumbai: Reshma Qureshi was the cynosure of all eyes as she strutted down the ramp at New York Fashion Week this year. What set apart Reshma though was far from being the quintessential lithe, exotic figure with slender long legs that one would expect her to be, this Mumbai-born woman is an acid attack survivor. Qureshi may have made it to the spotlight, but there are scores of such acid attack survivors whose struggles are far from over.

Educational qualification and work experience hardly count for them, as they are routinely told they don’t have a pleasing personality. Thanks to an initiative by Delhi-based NGO Make Love Not Scars, ‘Skills Not Scars’, a job portal for acid attack survivors in the country is now helping them rewrite their fate. Within two days, 30 people have enrolled on the site and job requests have started pouring in. Ria Sharma, the founder of the NGO, said, “We realised that there is a massive dearth of employment opportunities for the survivors, and instead of just spreading awareness why shouldn’t we create a portal where they can interact with their potential employers and urge people to hire them.

The Asian Age talks to survivors.

Sapna: The 23-year-old was on her way to office when two masked men riding a scooter threw acid on her. In spite of being in agony, Sapna ran after the perpetrator to pull the scarf off his face. She was shocked when she realised it was her own cousin, who had sought revenge for refusing his marriage proposal. “I had a part-time job before my attacks and have been jobless since. At the NGO, I learn jewellery making and it somehow supplements whatever little I earn. I approached shops, malls, offices and hospitals but everyone had just one thing to say. We need a particular kind of ‘personality’ in our employees. If I manage to get a job, I’ll be able to form an identity of my own and also fund my surgeries,” she said.

Mamta: When Mamta was 21, she was forced into an arranged marriage. Her husband constantly abused her. When his demands for dowry weren’t met, he decided to scar his wife, leaving her blind in one eye and disfigured. Now 27, Mamta, who is a trained beautician and used to run a parlour before the attack, is struggling to make ends meet. “My husband, who is now absconding, did not want me to have a job. I stay alone and managing the expenses is a task. My job was to make people beautiful, but after a disfigured face I don’t know how I will manage. I now want to make money and earn fame,” said Mamta. 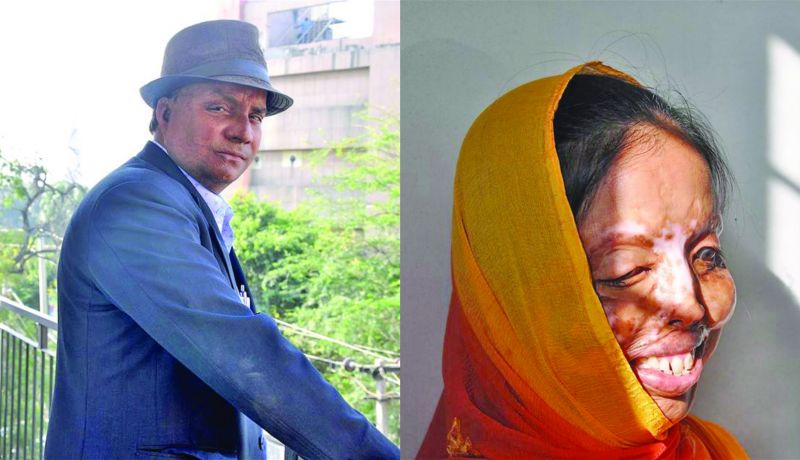 Chandrahass: He was was a victim of his neighbourhood boys’ desire for vengeance. “There is a noticeable difference in the clients demeanour when you talk to them over the phone and when they meet you,” he said. “Then questions about how the incident happened take over. I had a job after the attacks and people would slip in words like how should I get a makeover, though it did not dampen my spirits. In Meerut, I have brought together acid attack survivors and helping them find jobs because it is important for us to forget our past and move on.”

Anupama: All of 13, Anupama’s stalker scarred her for life after she refused to acknowledge his presence, 20 years ago. “My facial features became indistinguishable, but I am still hopeful. I need money to fund my surgeries and this is my chance to do that.”