MMRC plans to tweet traffic and its work updates

Motorists will get real time updates on traffic congestion between Seepz and Colaba on MMRC’s Twitter handle. 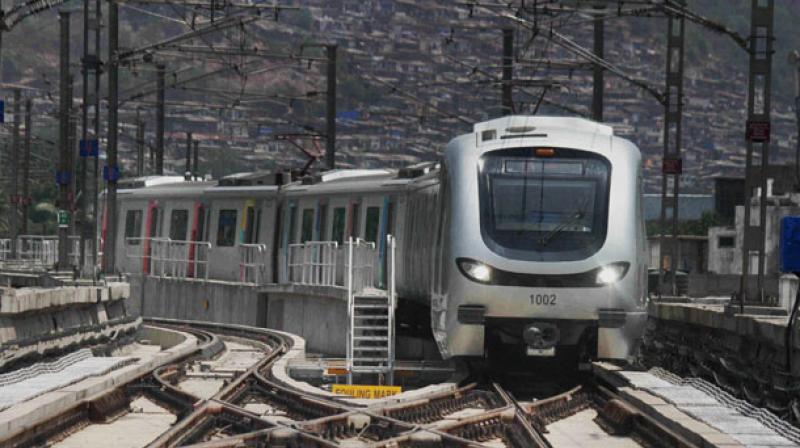 The traffic updates will be given in collaboration with traffic department as they also update traffic situation on their Twitter handle.

Mumbai: With groundwork on the Rs 23,500 crore 32-km-long Metro-3 underground corridor having started, the Mumbai Metro Rail Corporation (MMRC) has decided to give motorists real time updates on traffic congestion between Colaba and Seepz on its Twitter handle and website to minimise traffic woes of motorists travelling on the Metro route.

Starting October, MMRC started the groundwork by carrying out a geo-technical survey and piling work. It will soon start the actual civil work for the underground corridor and also announce traffic diversions for the same.

Ashwini Bhide, managing director, MMRC, said, “We have been making use of social media in the best possible way and when the actual civil work takes off on ground we have decided to use our Twitter handle and website to give real time traffic updates to motorists. The traffic updates will be given in collaboration with traffic department as they also update traffic situation on their Twitter handle.”

Ms Bhide, added, “The traffic department has already approved the Metro alignment. Once a detailed plan is approved, we will announce the traffic diversions on the route from Colaba to Seepz.” The Colaba-Seepz Metro-3 corridor will be a crucial north-south link where it will connect major central business districts (CBD) such as Nariman Point, Bandra-Kurla Complex (BKC) and Seepz in Andheri and the deadline for the same is 2020.

The Metro-3 corridor will also have two metro stations at the domestic and international airports from where the Mumbai Metropolitan Region Development Authority (MMRDA) plans to extend their proposed Dahisar (east)-Andheri (east) Metro-7 corridor.

From here, the airport metro station will act as an interchange between metro stations for elevated Metro-7 corridor and underground Metro-3 corridor. This linking will further make it possible for a commuter travelling from Dahisar travel up to Colaba passing through major areas such as Andheri, Bandra, Dadar, Churchgate via metro corridor.

Twitter to the rescue:
The MMRC has been using its Twitter handle as a tool to communicate with the general public. Earlier, MMRC chief Ashwini Bhide had taken to Twitter to counter the social media campaign being carried out by green activists who are opposing the building of a car depot at Aarey Colony for Metro 3 (Colaba-Bandra-Seepz). Apart from giving updates on Twitter handle, MMRC also comes up with a monthly newsletter named ‘Metro Cube’ that gives monthly updates on the Metro-3 underground corridor that is the first underground corridor of the city.