BMC to curb shady activities at Bandra Fort with facelift

Ashish Shelar said the beautification project involved creating a botanical garden, a clearing for people to sit and enjoy. 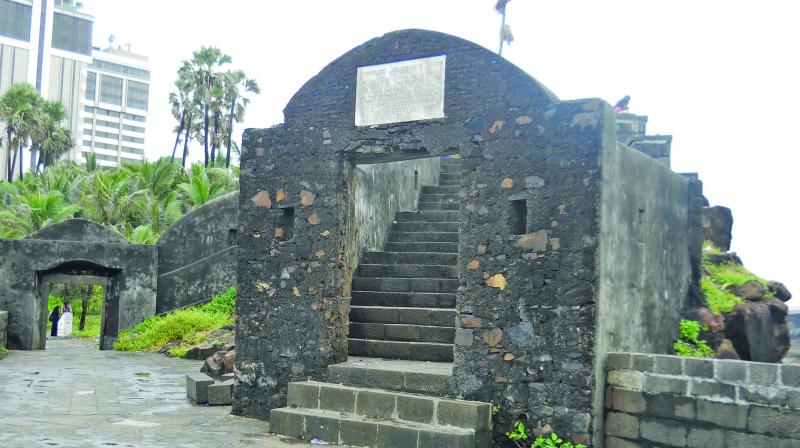 Bandra Fort is a haven for drug addicts in the city.

Mumbai: The Brihanmumbai Municipal Corporation (BMC) has approved the Bandra Fort beautification plan presented to the municipal commissioner Ajoy Mehta on Saturday, which is aimed at curbing anti-social activities at the fort. It also aims to make the fort more attractive to locals.

BJP leader Ashish Shelar discussed the plan prepared by assistant municipal commissioner (AMC) with Mr Mehta and work is expected to start within a couple of months. Mr Shelar said the beautification would put an end to anti-social activities that went on at the dilapidated structure day and night. Mr Shelar said though the Bandra Fort had been an important monument, “No one bothered to take care of it, hence it went into disrepair and was frequented by anti-social elements.”

“Despite all efforts by the police, drug addicts and couples used to frequent the place and carry on illegal acts. I was approached by some concerned citizens regarding the same and hence decided to take it up on an urgent basis,” he further said.

Mr Shelar said the beautification project involved creating a botanical garden, a clearing for people to sit and enjoy the view of the sea and the island city. The AMC who designed the beautification plan was helped by a group of professionals who are part of the Bandra Collective Group, a citizens group. The group consists of architects, landscapers and even some experts on refurbishing heritage structures.

“I showed the plan to chief minister Devendra Fadnavis, who directed Mr Mehta to take it up on a priority basis. The meeting with Mr Mehta went off well and he has offered full support to the plan, tendering for which is expected to be done in the next couple of months. Once the tendering is done, work will start soon and the facelift will change the outlook of the monumental structure,” said Mr Shelar.