Greens to move Supreme Court against debris dumping at Uran

The apex court had earlier ordered that these wetlands must be protected and landfilling and dumping of debris in the area should be prohibited. 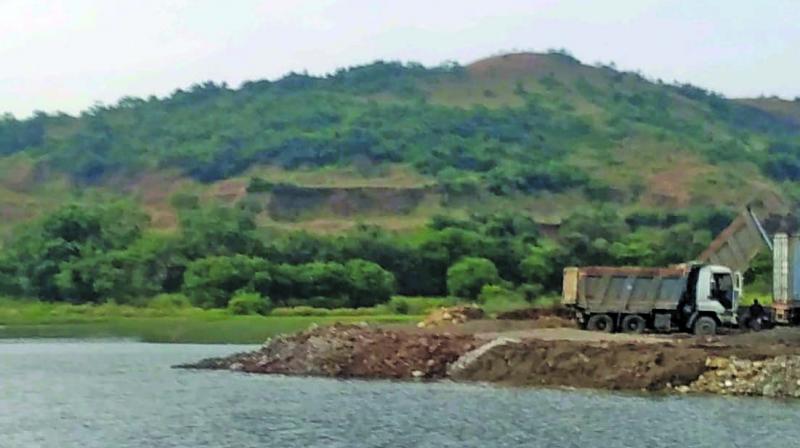 Mumbai: Environmentalists are planning to move the Supreme Court against the recent, large-scale dumping of debris at the wetlands in Uran. They have claimed that around eight acres of Jasai wetland in Uran has been destroyed due to excessive dumping of mud and debris, and the channels of the nearby water body have been choked with debris.

The apex court had earlier ordered that these wetlands must be protected and landfilling and dumping of debris in the area should be prohibited. Activists said that despite complaints to the authorities, no action was taken. Hence, they were left with no other option but to approach the Supreme Court, citing contempt of its order.

Activists highlighted that systematic dumping has been taking place at the site since February this year. Nandakumar Pawar, a Navi Mumbai-based environmentalist and head of the Non-Governmental Organisa-tion (NGO), Shree Ekvira Aai Pratishthan (SEAP), filed a complaint with the state government and the Konkan Wetland Grieva-nces Redressal Commi-ttee in March this year. While the dumping was halted for some time, it resumed once again, he said.

“Since Diwali, there has been fresh dumping of debris and it has been so fast and massive that eig-ht acres of wetland is under debris now. More-over, there is a huge wa-ter body adjacent to it, which is under threat. Its channels have been blocked by the dumping,” said Mr Pawar.

“Despite our complaints, the dumping continues unabated at the site, which is in violation of the SC order to protect the wetlands. Even thou-gh site inspections have been carried out, the dumping has not stopped. We will be moving the SC in the matter,” he said.

Sunil Agarwal, an activist from Seawoods, said, “It is sad that in contempt of the Supreme Court order and despite complaints, fresh dumping in the Uran wetlands still continues at night.”

Following complaints, the City and Industrial Development Corpo-ration (CIDCO) carried out a site inspection Friday and stated that it was not a wetland. The Uran tehsildar and forest officials also visited the site and admitted that there has been dumping at the site.

“The miscreants have not been identified yet but there has been fresh dumping at the site. A detailed report will be prepared upon site inspection. Till then, we have directed the CIDCO to assure that no dumping takes place,” said an official from the forest department.