It was only last month that the Supreme Court rapped civic authorities for deplorable condition of the Waldhuni and Ulhas rivers. 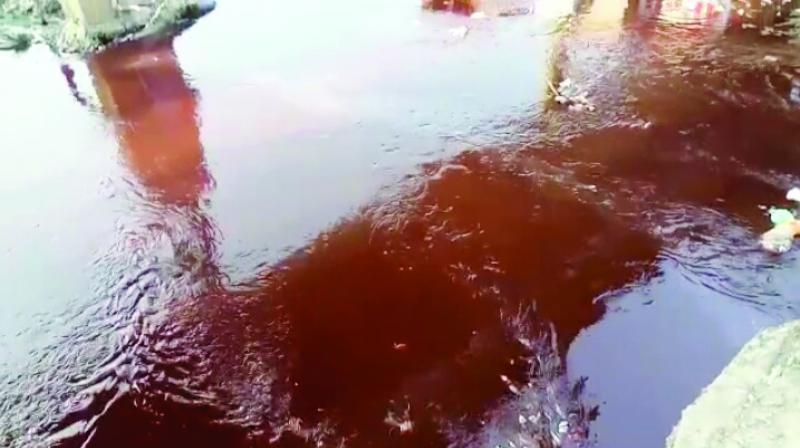 Mumbai: Ulhasnagar’s Waldhuni river turned blood-red in colour on Friday, indicating a high level of pollution in the water body. It was only last month that the Supreme Court rapped civic authorities for deplorable condition of the Waldhuni and Ulhas rivers.

Residents had been claiming since Tuesday that the Waldhuni river had turned dark red in colour and was emanating an obnoxious stench. The issue of river pollution has been going on, with the Maharashtra Pollution Control Board (MPCB) having submitted an affidavit stating that the pollution level is within permissible limits and activists refuting the same with samples of river water, particularly from the polluted areas.

Stalin Dayanand said, “We have collected water samples from different patches of all common effluent treatment plants (CETPs) pertaining to the Ulhas river. The tests were carried out in the same month as MPCB.” According to the Environment Protection Rules, 1986, the standard limit for COD is 250 mg/l. The Asian Age tried to contact the MPCB chief but he was unavailable for comment.

While hearing a petition by NGO Vanashakti on the Waldhuni river pollution last month, the apex court had summoned the MPCB to check on the water pollution from industries. In reply, the MPCB filed an affidavit saying that CETPs in the Ulhas river basin were complying with consented standards. CETPs treat effluents from a cluster of small scale industrial units. However, Vanashakti refuted MPCB’s claims with lab tests of the river water.