HC asks state to report on reduction of bags’ weight

The court then asked the state to file a reply after three weeks. 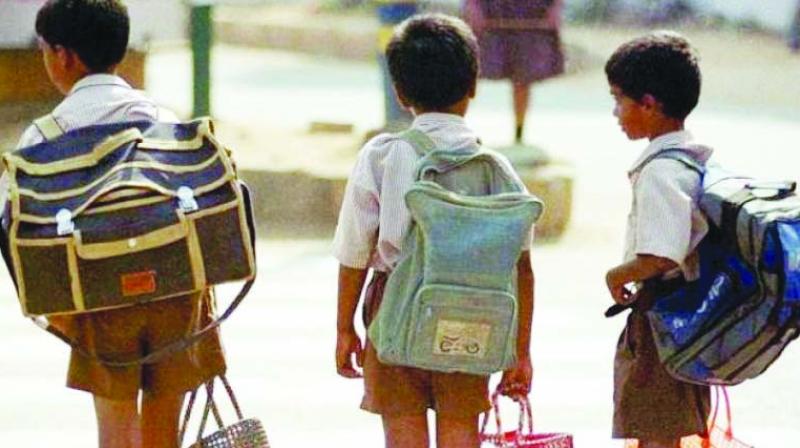 Mumbai: Social activist Swati Patil on Wednesday informed the court that despite a court order, the state government had failed to take action against school authorities who did not reduce the burden of school bags. She brought up the 2016 order of the High Court and the state’s government resolution (GR) pertaining to the action. The court then asked the state to file a reply after three weeks.

A division bench of Justice Bhushan Gavai and Justice Makarand Karnik was hearing a PIL filed by Ms Patil on the increasing weight of school bags and its “adverse” impact on children’s health. After the petition was filed, the high court had directed the state government to constitute a committee and form rules for schools to reduce the weight of school bags. Accordingly, the state had framed rules such as keeping regular books in the school itself, arranging fresh and clean water so that children need not carry water bottles, keeping one book for all subjects, etc.

On Wednesday, the petitioner’s lawyer Nitesh Nevshe informed the court that in 2016, the Bombay high court had passed the order and directed the state government to reduce the weight of school bags. Thereafter in June 2018, the state government had issued a GR to schools. Advocate Nevshe emphasised that since then, no action had been taken against a single school by the government.

The court then asked the state to put forth what steps it had taken till date to reduce the weight of school bags and the report of action taken against the schools at the next
hearing.