Parents feel keeping an alternative option of ‘offline admissions’ would come handy if they can’t get a seat through online process. 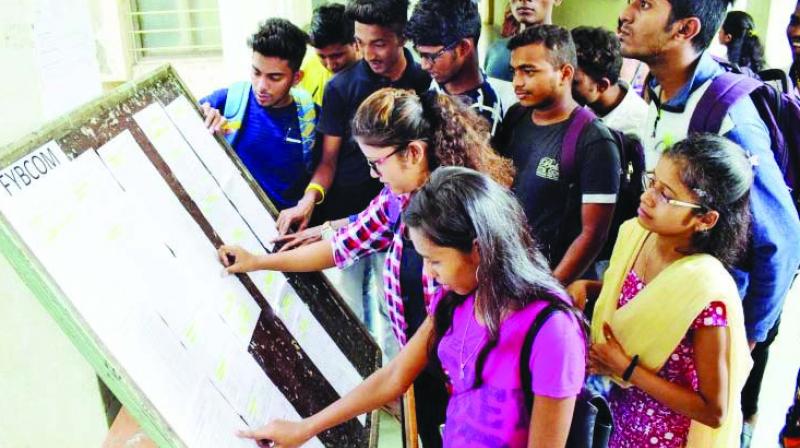 Vasantha Iyer, a parent of a commerce student feel online admissions are highly time consuming and complicated for both parents and students.

MUMBAI: The state education department, who manages the first year junior college (FYJC) admissions every year, blames the students for not getting admissions. Meanw-hile on the other side, parents of the pupils blame the online admission system for being ‘complicated and tedious’.

“Even in the last round of FCFS, there were so many students who did secure admission even after being allotted seats to them,” said a senior official at the department. In the FYJC admission system, once a seat is allotted to the student; they are expected to confirm it by submitting necessary documents and paying the course fee. While doing so, the student is supposed to give their login ID to the college which will mark them out of the system so that their name is not listed in the future rounds.

The official added, “The system is functioning properly and by every round we make sure that the students are allotted seats and yet there are so many left without a seat? This is because they don’t show up to complete the further formalities as either they are not happy with the college or failed to check the admission status.”

Vasantha Iyer, a parent of a commerce student feel online admissions are highly time consuming and complicated for both parents and students. “The problem with the online admission is that it is the only option and if we fail to get that, an entire year of a student is wasted. Though my daughter managed to get a seat in the special round after four failed attempts. Many of her friends are still struggling with the process,” she explained.

Raghu Verma, another parent who had come to the department at Charni Road on Wednesday said his daughter is sill struggling to get a seat. “My daughter’s name has not appeared in any list till date. I keep asking the officials but they say there is some problem with her admission form, which is why she isn’t allotted any college,” Mr Raghu told this newspaper who hails from Goregoan.

Parents feel keeping an alternative option of ‘offline admissions’ would come handy if they can’t get a seat through online process.