The application also stated that there were many lacunae in the Oshiwara police’s probe. 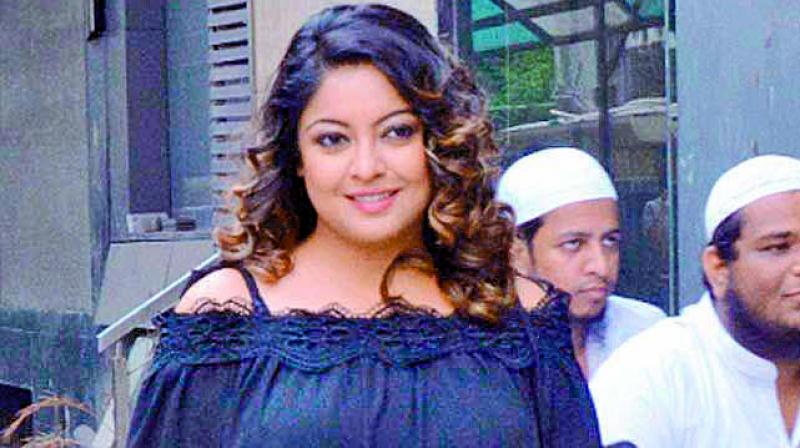 Mumbai: The lawyer of former actress Tanushree Dutta on Tuesday sent an e-mail to Mumbai police commissioner Sanjay Barve, seeking an investigation by the crime branch into her allegation of molestation agai-nst actor Nana Patekar during the shooting of the film Horn ‘Ok’ Pleassss in 2009.

Ms Dutta had lodged a complaint with the Oshiwara police station against Patekar in October 2018. However, in June this year, the police filed a ‘B’ summary report in the matter, which is filed when no evidence is found to file a chargesheet and seek trial.

Ms Dutta’s lawyer Nitin Satpute stated that the ‘B’ summary report was biased and alleged that the police did not record the statements of several witnesses.

The application also stated that there were many lacunae in the Oshiwara police’s probe. “There were several derogatory statements made against Dutta, however, the police did not take any action against the accused,” stated the application.

Stating that the B summary report submitted by the police was “an incompetence report forwarded to the magistrate that exposes the police”, the application alleged that the police had “exposed themselves on how they are helping, protecting and shielding the accused.”

Mr Satpute sought for the probe to be transferred to the Mumbai crime branch and the withdrawal of the summary report. He also sought that the statements of Dutta’s then-hairdresser, makeup man and spot boy, whose statements had not been recorded, be taken down.

In her complaint, Dutta had alleged that during the shooting of the song sequence, Patekar inappropriately touched her even after she clearly mentioned that she would not perform lewd, vulgar or uncomfortable steps.

Based on her complaint, a case was registered against Patekar and three others — choreographer Ganesh Acharya, the film’s producer Samee Siddiqui and director Rakesh Sarang — for allegedly molesting Dutta on the sets of the movie.

The actress had alleged that they had assisted Patekar and set the dance steps according to his wishes.