Court says, revealing information pertaining to the case is wrong. 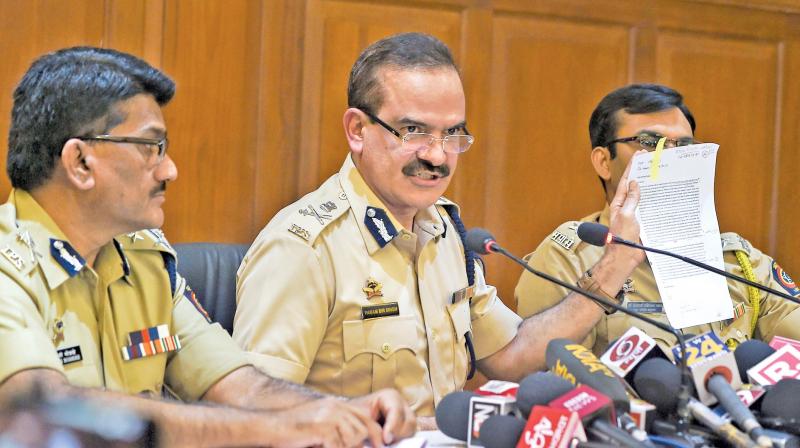 File picture of the press briefing conducted by the Mumbai police officials.

Mumbai: The Bombay high court on Monday pulled up Maharashtra police for holding a press conference and revealing information pertaining to five left-wing activists arrested in Bhima-Koregaon violence, last year. The accused are now under house arrest in Pune in the wake of a Supreme Court order. Justice Shinde and Justice Bhatkar of the Bombay high court said, “How can an investigation officer reveal investigation details when matter the is sub judice in the Supreme Court? And revealing information pertaining to the case is wrong”. The court also said how the police could read out such documents, which may be used as evidence in the case.

The Supreme Court later ordered that the five be kept under house arrest till September 6.

The high court was hearing a petition filed on Friday by one Satish Gaikwad, who claims to be a victim of the Koregaon Bhima violence. He sought a probe by the National Investigation Agency (NIA) in the case. Gaikwad urged the high court to restrain the Pune police from further probing the case, and stay the investigation.