Mumbai: No FIR yet in building collapse

Mhada claims that it had issued a demolition permission to SBUT for 70 buildings in 2016, and that Hussaini Building was part of it. 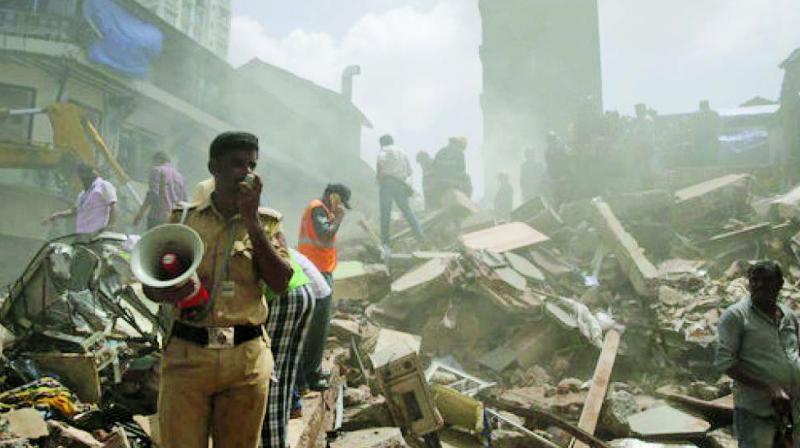 The police is likely to question Mhada official, SBUT.

Mumbai: The police will soon be talking to the Saifee Burhani Upliftment Trust (SBUT) and Mhada officials about the crash of the six-storeyed Hussaini Mahal building in Bhendi Bazar that killed 33 and left 13 injured. The police registered an Accidental Death Report (ADR) on Thursday and are currently recording statements of crash survivors after which they are likely to register a First Information Report (FIR) to probe the crash, said police sources.

When asked about the delay in filing an FIR in the case, DCP Zones I, Manojkumar Sharma said, “We are investigating the matter and will soon register an FIR in the case. We cannot reveal any further details,” he added. According to police sources, a team is taking the help of experts to examine the technical documents related to the building, which was part of a cluster-development project by SBUT. Speaking on the condition of anonymity, a police officer said, “The police have taken statements of some of the crashed building’s residents but they also need to question some SBUT and MHADA officials. We need to check building-related documents and for that the version of MHADA and SBUT officials is required.”

Mhada claims that it had issued a demolition permission to SBUT for 70 buildings in 2016, and that Hussaini Building was part of it. But locals say that they were not informed about the demolition order, nor were any steps taken for the same. The locals also said that in light of the dilapidated condition of many buildings, they had made repeated requests to the developer to carry out temporary repairs, but to no avail.