Mr Singh was appointed as the city’s police chief in August 2012. 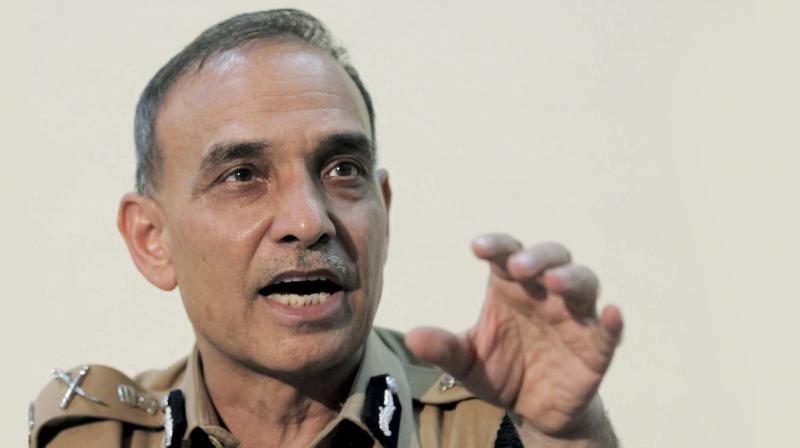 Mumbai: Satyapal Singh, a former Mumbai police commissioner, who began his second innings as an MP from Baghpat in 2014, seems to have truly arrived on the political scene following his induction into Prime Minister Narendra Modi’s cabinet on Sunday.

Mr Singh was appointed as the city’s police chief in August 2012. But on January 31, less than two years later, he resigned from his post as top cop and joined the Bharatiya Janata Party (BJP), marking the beginning of his political career.

Mr Singh was due for a retirement in 2015 as he had served in Maharashtra as an Indian Police Service (IPS) officer for 34 long years. But it was not perhaps his first choice of career as he wanted to become a scientist before joining the IPS in 1980 from the Maharshatra cadre..

During his tenure as city police chief, the Mumbai crime branch solved the brutal rape and murder case of Esther Anuhya. Prior to being appointed the Mumbai police chief, he was Maharashtra’s additional director general of police and has also served as the joint commissioner of police (crime) in Mumbai. During his tenure in Mumbai, he is credited with breaking the backbone of organised crime syndicates that terrorised Mumbai in the 1990s, including the Chhota Rajan, Chhota Shakeel and Arun Gawli gangs.

Before coming to Mumbai, Mr Singh headed the Pune city police during the period when it was rocked by a deadly explosion at the German Bakery in February 2010, killing 9 and injuring over 45 others. However, the investigation was conducted by the state Anti Terrorism Squad (ATS).

Commenting on Mr Singh’s career graph and choices, Mr P. S. Pasricha, former Maharashtra director general of police (DGP) said, “Singh is an intelligent and thorough professional. With his good educational background and policing experience, he would do good in his new career.” On his choosing politics by quitting the coveted post of Mumbai police commissioner,  Mr Pasricha said, “Well it’s a personal choice. My best wishes are with him.”

Mr Y. P. Singh, former IPS officer-turned-lawyer said, “It is good that his experience will be put to use in serving people.”