The ground-plus three storied structure is entirely supported by metal roads and has its ceiling peeled off at every second sight. 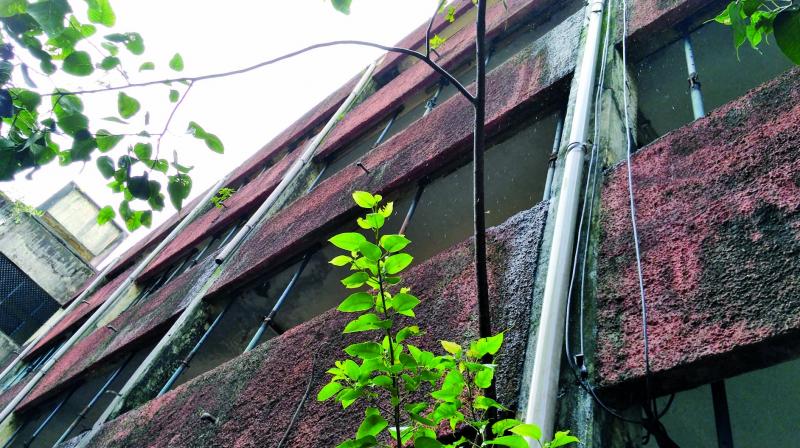 Mumbai: Just 500 meters away from where Bhendi Bazaar’s 117-year-old six-storeyed Hussaini building collapsed on Thursday morning killing 33, lies another dilapidated structure, a four-storeyed BMC office. The building that houses the civic Sewage department office is more than 80-years old and is located opposite JJ hospital and is supported through metal rods. Two years ago, a structural audit was conducted that recommended immediate structural repairs in the building but the same has not taken place so far thanks to a delay in the tendering process of the assignment.

A tender that was to be issued before GST became operational on July 1 got delayed and subsequently had to be re-configured keeping in mind the change in rates. “Two years ago, a structural audit was performed, post which it was decided to conduct repairs of this building. The tenders for the same were floated too, but after the GST (Goods and Services Tax) came into force, the cost of the tenders had to be revalue the tender. Thus, the repairs are delayed,” said a civic official who requested anonymity.

The ground-plus three storied structure is entirely supported by metal roads and has its ceiling peeled off at every second sight. The workers fear that the building would collapse like the Hussaini building. “We have complained several times to the higher civic officials. The roofs have leakages and even the steps are broken,” said a BMC worker from the building.