Shitap and Mandal were produced before a court in Mumbai’s Vikhroli suburb on Wednesday. 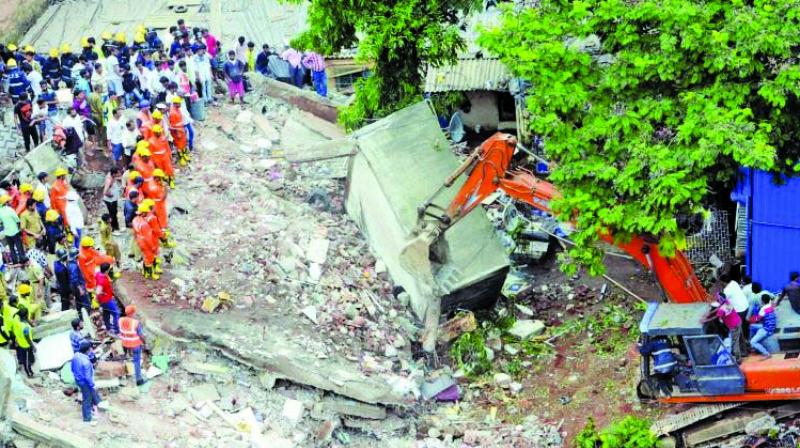 Mumbai: The Vikhroli Parksite police is searching for the five absconding accused in the Ghatkopar building collapse case. Despite searching in and around their native homes and tracking their phones, the officials haven’t been able to get any information on them.

The police custody of accused Shiv Sena leader Sunil Shitap and civil contractor Anil Mandal in the Ghatkopar building collapse case has been extended till August 7. The Siddhi Sai apartment, that housed around 15 families, had collapsed on July 25, resulting in the death of 17 people.

According to police officials there are five more accused who were involved in the illegal renovation led by Shitap, that are now absconding. A police officer said, “Apart from tracking these five accused, we are going through the BMC filed of all the projects Shitap was involved with. If we find the involvement of any BMC officer, he will definitely arrest them.”

DCP Sachin Patil said, “BMC is also probing the matter and once they submit their report, we will be able to get some information about the role of BMC officers in the case. This is a very initial stage to say anything about the case.”

Shitap and Mandal were produced before a court in Mumbai’s Vikhroli suburb on Wednesday. The police had sought to extend their custody in order to arrest more people who are under suspicion in relation to the case.

Parag Shah, BJP corporator from Ward No. 132 had come forward with a plan to build a house for the victimes of the collapse, at the same spot, free of cost.

He said, “I have approached the victims as well as the government with my plan to build houses for the victims at the same plae without any charge. If they all agree on it, I will make it as soon as possible.”