The accused had already issued more than 1,000 such certificates. 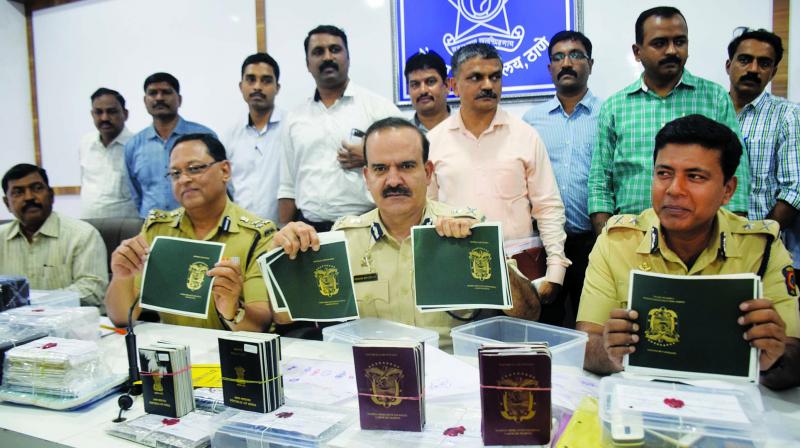 The Thane police claims that 500-600 people have got jobs with the fake certificates. (Photo: Deepak Kurkunde)

The accused persons used to charges up to Rs 4 lakh to issue fake CDC certificates to people who wanted to work in the merchant navy. The accused had already issued more than 1,000 such certificates.

Crime branch officials came to know about Emrin movies and tourism, a job placement agency that contacted people, who were interested in joining the merchant navy and provided
them with fake CDC certificate.

Police officer said, “The CDC certifies that the person holding this is a seaman as per the International Convention on Standards of Training, Certification and Watch keeping for Seafarers (STCW), 1978, as amended 1995. Every seafarer carries this document while on board. It also has records of his/her sea experience.”

The Thane police officials receive a tip off that the main kingpin of the scam was coming to Thane to collect the money. The cops raided his office and arrested him. During interrogation he confessed about the crime and gave names of few other companions. The accused have been identified as Abdulla Hakim (42), Vijayan Pillay (55) and Mohiuddin Musa (60).

Thane, commissioner of police Parambir Singh said, “The accused confessed that they had made fake CDC certificates and around 400 to 500 people had already got jobs with their face certificates. We have got information that the applicants got CDC from Panama country. There are some seamen involve in this. Our investigations are on.”