As per the Sunday time-table however, the CR runs 646 services on the mainline, 492 on harbour, and 246 on trans-harbour. 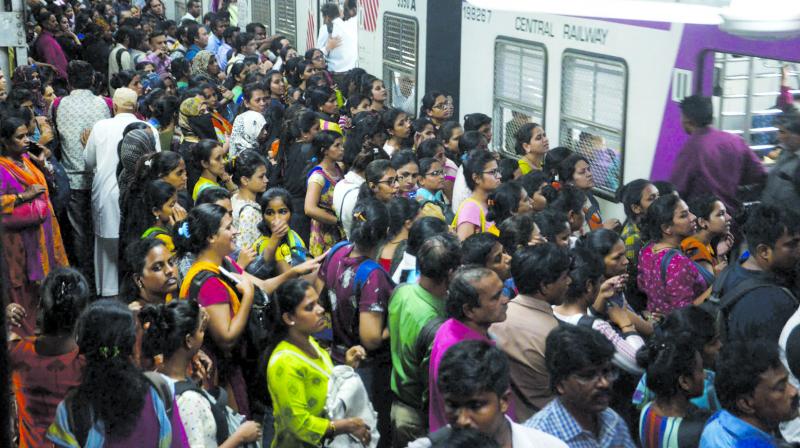 Mumbai: In the backdrop of heavy rain predicted by the IMD, the Central Railway (CR) followed a Sunday/public holiday time-table Wednesday morning, adding to the woes of Mumbaikars.

Trains ran at long intervals and hundreds of people were stranded at all platforms. It was only after seeing the severity of the situation that the CR decided to switch back to the weekday schedule at around 12 noon. The CR had to face the irk of commuters for its wrong decision as office-goers were hit hard during morning peak hours.

After the CR posted on its official Twitter handle that it will be running the Sunday time-table, many commuters commented that it was a wrong decision as many people were resuming work Wednesday after three days of heavy rainfall. However, it was only after receiving commuters’ bri-ckbats in the forms of photos and videos of huge crowds on platforms, heated arguments among commuters and reports of stone pelting that the CR switched back to its normal time-table.

Owing to this mismanagement on the part of the CR, road traffic, too, burgeoned. Vijay Shete, a resident of Chembur, said, “I came back after seeing the crowd at the station. But the taxis and autos were refusing to ply. It was difficult to travel. The authorities should have thought before running such less trains during peak hours.”