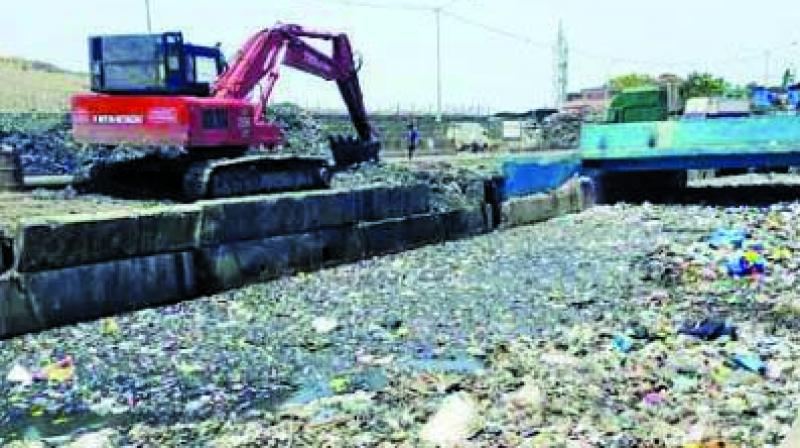 Apart from prevention of flooding, potholes and health care reviews were also presented.

Mumbai: At the onset of the monsoon, the Brihanmumbai Municipal Corporation (BMC) has claimed that 99 per cent cleaning of major drains and 92 per cent of minor drains have been completed across the city. The work is done as per the given schedule and the civic body is prepared for the rains, officials said.

A monsoon preparedness meeting was held by mayor Vishwanath Mahadeshwar on Monday where BMC commissioner Praveen Pardeshi presented a review of pre-monsoon works. Shiv Sena chief Uddhav Thackeray, Yuva Sena chief Aaditya Thackeray and other leaders from BMC were present at the meeting.

Apart from prevention of flooding, potholes and health care reviews were also presented. Sena chief said that the BMC has carried the pre-monsoon works satisfactorily. “The administration should put clear signages on road for civic hospitals, scho-ols and offices for public convenience in case of any disastrous situation,” said Mr Thackeray.

Meanwhile, Aaditya Thackeray said, “Mumbai has 255 chronic water logging spots out of which 35 are crucial flooding spots. At this 35 crucial spots, the BMC with help of traffic police should take precautionary measures to avoid public inconvenience.”

“As on Monday we have completed 99 per cent desilting work of major nullas including Mithi River and 92 per cent of minor nullas. Till the rains hit the city, remaining work will also be completed,” said a senior BMC officer. The BMC meanwhile, has started uploading the before and after pictures of nullas desilting.

The BMC from June 14 will also start a platform on its Mumbai 24/7 mobile application where people can click pictures and add caption with location and inform the civic body in case of any issues. The complaint will be addressed by local ward office at the earliest.

The BMC chief in his last pre-monsoon meeting had ordered the administration to allow the citizens to participate in its activities in order to avoid flooding.