The evacuation operation's code name was 'NISTAR' and was carried out on the morning of Sunday off the coast of Socotra. 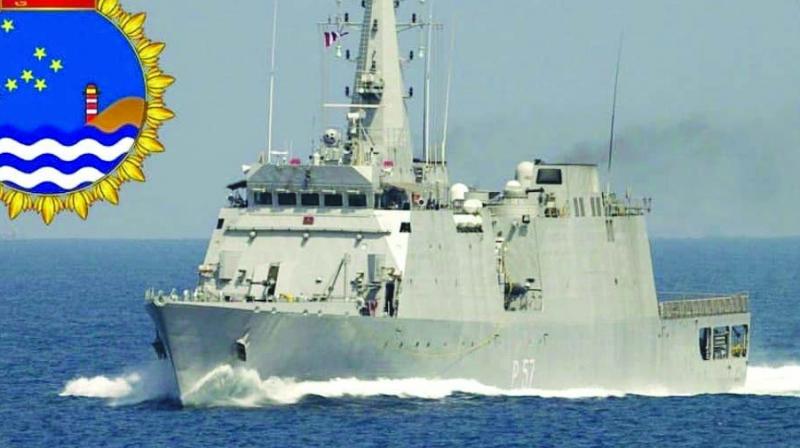 The rescued Indians have been put onboard the boat which is now headed to Porbandar.

Mumbai: The Indian Navy’s western command carried out a mid-sea evacuation of 38 Indian nationals after they received a distress call from the DG Shipping and the Indian Sailing Vessels Association.

The navy rushed its ship INS Sunayna, currently deployed for a mission-based in the Gulf of Aden, to evacuate the Indian nationals stranded on the Yemeni island of Socotra in the aftermath of cyclone Mekenu.

The rescued Indians have been put onboard and the boat that is now headed to Porbandar. The Navy officials said that a very severe cyclonic storm- Mekenu- crossed the Yemeni Island of Socotra on May 24, leaving the 38 Indians stranded on the island with limited food and water.

“Three Indian dhows at Socotra suffered damages and sank alongside in the harbour and another dhow, MSV Safina-Al-Khijar with 12 Indians onboard is reported to be missing. Based on this information, the Indian Navy undertook two aerial sorties on May 27 and 28 to search for the missing 18 Indians,” stated a release of Indian Navy.

The evacuation operation's code name was 'NISTAR' and was carried out on the morning of Sunday off the coast of Socotra.

The evacuated Indians were embarked onboard and immediately provided with medical care, food, water and telephone facilities to call and reassure their families at home.

The Navy has confirmed that all the 38 evacuees are safe and they are on their way to Porbandar to disembark ashore. They are stated to reach India within 24-hours, based on how rough the sea is, officials said.