Farooq Takla in trouble over 2 passports

CBI registers fresh case against the gangster for cheating and forgery. 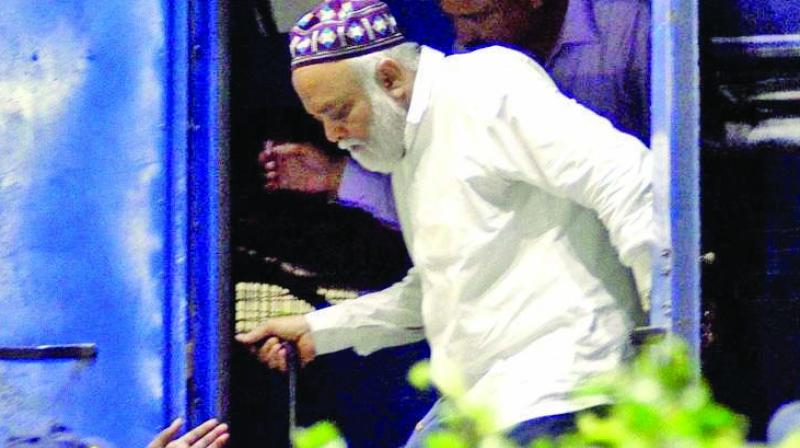 File picture of Takla being produced in court in Mumbai

Mumbai: In fresh trouble for Yasin Mansoor Farooq, alias Farooq Takla (56), who was brought from Dubai last month and arrested in the 1993 Mumbai serial blasts case, the Central Bureau of Investigation (CBI) has registered a case against him for allegedly fraudulently acquiring two passports from India’s Dubai consulate during the period between 2001-2011. Both passports were acquired from the Indian Consulate General, Dubai, and one of them was valid till 2021, said agency sources.

One of the two passports was acquired in July 2001, which lapsed in a year. The other one was acquired in February 2011 and was valid for the next 10 years, said sources.

Takla, an alleged close aide of fugitive underworld gangster Dawood Ibrahim, had allegedly shifted to Dubai in 1992 and was involved in the 1993 blasts’ conspiracy, sources said.

The CBI accused Takla of assisting in providing the Pakistan-bound trainees accommodation in Dubai and facilities for transit to Pakistan in the 1993 Mumbai blasts case. The Interpol had issued a Red Corner notice against him in 1995. “Takla is accused of cheating by means of impersonation, forgery for cheating, using forged documents as genuine, furnishing false information and suppressing material information with a view to obtaining two passports,” said a CBI official. The CBI registered the fresh case under Indian Penal Code sections related to punishment for cheating by personation, forgery for purpose of cheating and using as genuine a forged document and relevant sections of the Passport Act.

India’s 25-year-long trail of Takla came to an end last month when he arrived at the Indira Gandhi International Airport, after which the CBI arrested him.

Late last year, the UAE government had contacted the Indian government authorities and informed that it had detained Farooq Takla.