NCP leader accuses party of doublespeak on alliance with BJP. 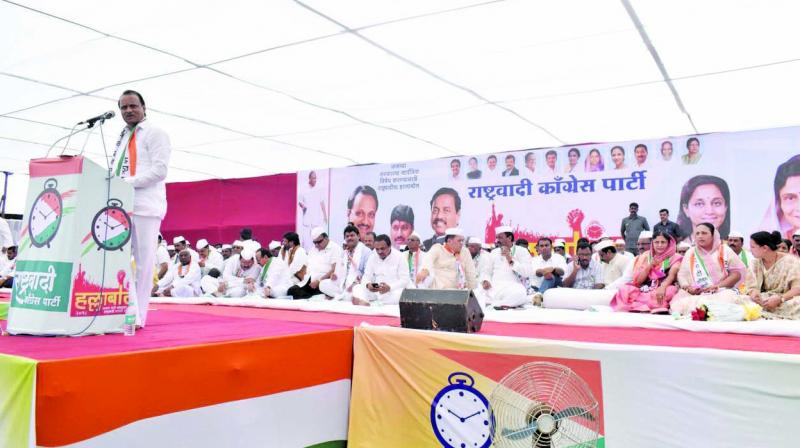 Mumbai: Nationalist Congress Party (NCP) leader Ajit Pawar has slammed the Shiv Sena for its alleged doublespeak on its alliance with the Bharatiya Janata Party (BJP). During the party’s Hallabol Yatra in Kolhapur on Thursday, Mr Pawar asked the Sena to clarify its position on a range of issues.

The NCP on Monday started the fourth phase of its Hallabol Yatra in Kolhapur in its bastion of western Maharashtra. NCP leaders also slammed BJP and Rashtriya Swayamsevak Sangh (RSS) over a range of issues including recent controversy over the mention of martyr Rajguru as an RSS swayamsevak in a book written by an RSS worker. While addressing the rally in Nesari, Kolhapur on Tuesday, Mr Pawar lambasted the BJP-Shiv Sena government on a range of issues.

Slamming the Shiv Sena, the leader said, “Is it in alliance or not? Forget Shiv Sainiks, even the Sena leadership is confused about this. It wants to take all the benefits of being in power but not the responsibility of failure. It’s pity that an organisation like the Sena has sunk to this level.”

In his speech, Opposition leader in the Legislative Council Dhananjay Munde raised the Rajguru controversy. “The RSS had not participated in the freedom struggle. People are raising questions over its pro-British stance at the time. But now it is trying to fudge history. And so it is appropriating martyrs such Rajguru and Bhagat Singh. But this will not be allowed. You are crossing the limits of our patience,” said Mr Munde.

Refering to the fiscal deficit budget presented by the BJP-led government for 2018-19, former finance minister Jayant Patil said, “This government has failed to keep its all promises. The state’s financial condition has worsened in the last three years. Till now, this government has created 2,000 slogans or announcements. But not a single slogan has turned true.”

The Hallabol Yatra will conclude on April 12.