Metros   Mumbai  04 Apr 2017  Cops to get a dose on laws protecting doctors from attacks
Metros, Mumbai

Cops to get a dose on laws protecting doctors from attacks

Doctors across the state have repeatedly complained that the police did not book the perpetrators. 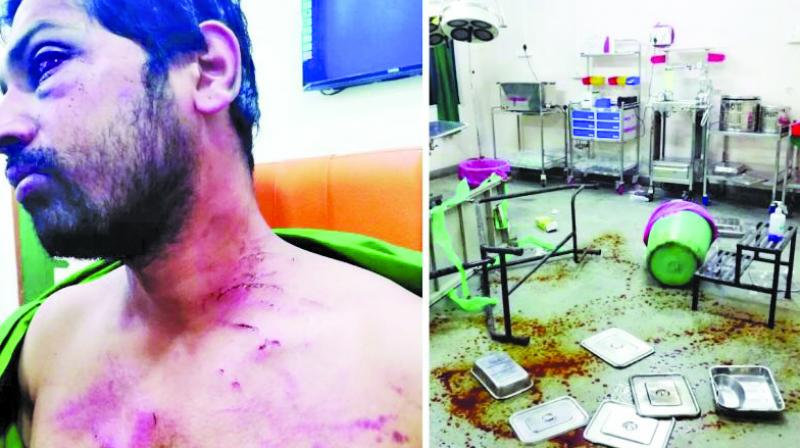 A doctor in Dhule was attacked by relatives of a patient

Mumbai: The Maharashtra police will be sensitised to invoking a special law protecting doctors in the wake of attacks on them by patients’ relatives.

In the past one month, doctors repeatedly complained that the police did not book the perpetrators in such cases under the act put in place for doctors’ protection such as the Maharashtra Medicare Service Persons and Medicare Service Institutions (Prevention of Violence and Damage of Property) Act, 2010. Under this act, an attack on a doctor attracts a jail term of up to three years along with a fine of Rs 50,000.

Minister of state for home, Ranjit Patil said, “The government has taken the issue of attacks on doctors very seriously. Wherever there are police outposts, the government has provided additional personnel to deal with such cases.”

Recent attacks on doctors by patients’ relatives led to a strike in government-run hospitals where resident doctors demanded that a police official be deployed for security as their lives were at risk. The strike was called off only after the government assured doctors of security at their workplaces. The state government last week conducted a security audit of 16 government hospitals in Maharashtra and decided to deploy 1,100 security guards from the state-run state security force.

Sagar Mundada, chairman, Indian Medical Association Youth Wing, Maharashtra, said, "There is already a law in place which sentences anyone attacking a doctor to three years’ imprisonment. However, this law is often not applied because police officials are unaware of it and also owing to pressure on them from patients’ relatives. There have been around 55 cases of attacks on doctors in the last three years. This chain of events in the current year started after the resident doctor in Dhule was attacked on March 12.”