The bakery was in the eye of a nationalistic storm after MNS protested against its name, claiming that it has a Pakistani ring to it 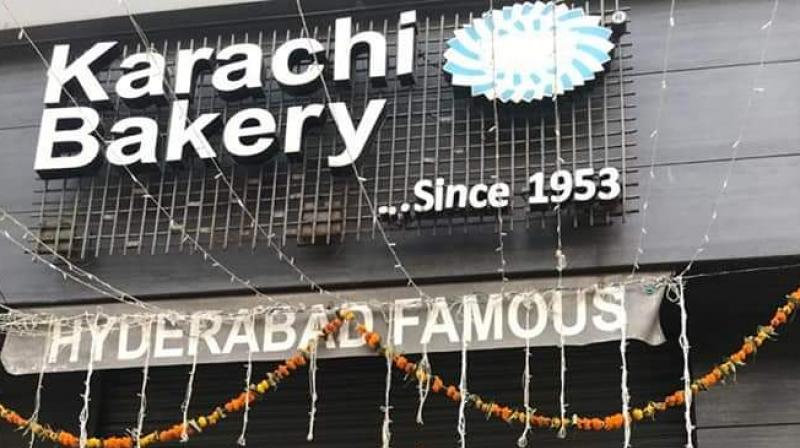 Claims that MNS was 'successful' in its campaign against Karachi Bakery, soon followed with its leader Haji Saif Shaikh, who led the stir, taking credit on Twitter for the closure of the bakery in Mumbai. (Twitter/@mnshajisaif)

HYDERABAD; Karachi Bakery, the city’s iconic biscuit-maker, has shut its store in Mumbai.

Though it has brought the shutters down in the country’s financial capital, the management’s Rajesh Ramnani points out they would reopen in Mumbai if suitable premises can be found, in place of the one in Bandra that has been closed.

It may be recalled that Karachi Bakery in Mumbai was in the eye of a nationalistic storm after Maharashtra Navanirmana Sena (MNS) protested against the name of the bakery demanding that it be changed as it had a Pakistani ring to it. The Ramnani family, which migrated to India during partition, and set up the bakery, originally belonged to Karachi.

However, the MNS would not hear anything of the emotional ties the family had with a city it left behind even as later generations of the Ramnanis began running the business. And the claims that it was 'successful' in its campaign against Karachi Bakery, soon followed with MNS leader Haji Saif Shaikh, who led the stir, taking credit on Twitter for the closure of the bakery in Mumbai.

"Nothing could be farther from the truth," Rajesh Ramnani told Deccan Chronicle here on Thursday. "The lease period was over and it could not be renewed due to cost factors. There is no other reason for Karachi Bakery closing its operations in Mumbai. We will continue looking for appropriate premises, and when it is found, we are willing to reopen there," Ramnani said.

Though the MNS leader tweeted about Karachi Bakery's closure in Mumbai, there were several others from that city who mourned the shutting down. Several Mumbaikars took to Twitter to express their ‘grief’ at its closure and recalled how the outlet in Bandra remained an important part of their lives.