Mumbai man who turned tide for BJP in Tripura

When Mr Deodhar was appointed as the ‘prabhari’ (in-charge) of Tripura by BJP president Amit Shah in November 2014. 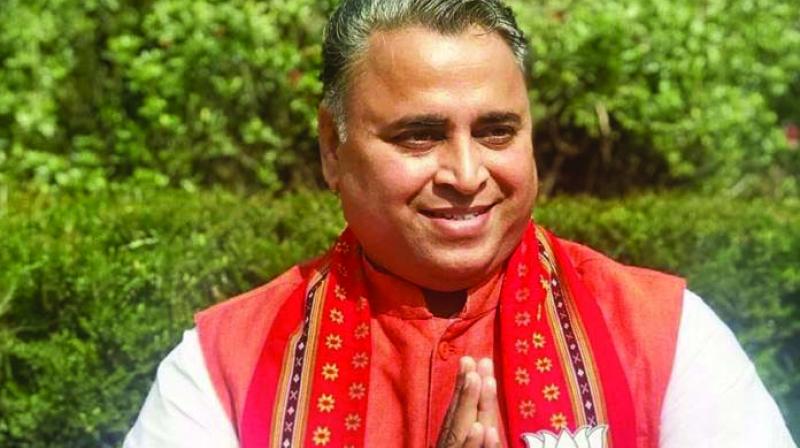 Mumbai: Pune-based Sunil Deodhar, who was once a Rashtriya Swayamsevak Sangh (RSS) pracharak, has performed a task, which seemed unthinkable even a couple of years ago. He has bearded the lion in its own lair and ended the Communist Party of India (Marxist)’s 25-year rule in Tripura by guiding the Bharatiya Janata Party (BJP) to a historic win.

In mere three years, Mr Deodhar has transformed the fortunes of the BJP in Tripura, from being almost non-existent in the state, to becoming the ruling party with a robust majority.  This has all been possible due to his meticulous planning, sharp political acumen and persistent efforts.

When Mr Deodhar was appointed as the ‘prabhari’ (in-charge) of Tripura by BJP president Amit Shah in November 2014, he had a huge challenge on his hands. The BJP’s presence was almost negligible in the state after polling just 1.54 per cent of the votes in the last assembly polls in 2013. Barring one, 50 candidates fielded by the BJP in 2013 lost their deposit. In the 60-member Tripura assembly, the CPM had a thumping majority with 49 seats, whereas Congress was the main opposition party with 10 seats.

What helped Mr Deodhar in Tripura was his personal experience of working as a RSS Pracharak in North-East India. He worked as a RSS pracharak from 1991 to 1997 in this part of the region. He was appointed national convener of a BJP cell dedicated to the North-East set up by Nitin Gadkari, when he was the party president in 2011. He also formed the ‘My Home India’ organisation for the North-East people.

“The people of Tripura were tired of the misrule and corruption during the CPI(M) rule. After the BJP came to power in the Centre, they thought the party would be able to give a voice to their grievances. Prime Minister Narendra Modi also gave special attention to the North-East region, which paved the way for BJP’s victory in Tripura,” said Mr Deodhar.