Three selfie points will be set up at Shivaji park in Dadar. 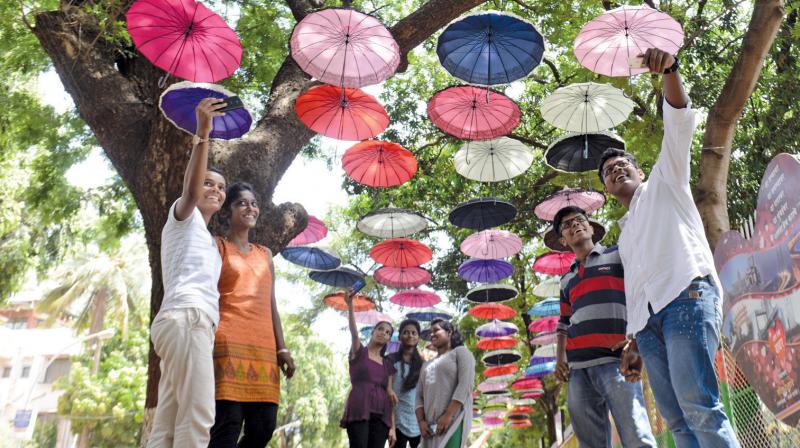 City’s first selfie point at Shivaji Park was shut down.

Mumbai: “Selfie-point” politics gets murkier as all three parties — Shiv Sena, BJP and MNS — don’t seem to fit the frame. The parties have been assured of space by the BMC at Shivaji Park to raise their respective points. However, while the Sena has asked for a different place, NCP has jumped further into the controversy by demanding a study-point instead of a selfie-point.

It is the residents of Dadar who have proved to be beneficiaries in the dispute among political parties over these selfie-points. They (residents) will now enjoy three selfie-spots at Shivaji Park, which will, as is being said, add glamour to the largest park in the city area.

After the MNS had decided to shut down its point at the Shivaji Park, a dispute had erupted among these three parties on who would erect the selfie-spot there. Mumbai BJP chief Ashish Shelar announced that his party would take care of the selfie-point and make it more attractive. The BJP even procured permission from the BMC for the same.

Following this, Vishakha Raut, Sena’s newly elected corporator from Shivaji Park, said that she would beautify the selfie-point with new installations and artworks. The MNS then did the U-turn and said that it would continue with its selfie-point.

As the dispute snowballed into controversy, G-North assistant commissioner Ramakant Biradar called a meeting of leaders of all three parties to resolve the issue on Friday. It was decided that each party would be given a separate place to install its own selfie-point. However, outgoing MNS corporator Sandeep Deshpande has slammed the BMC for allotting a space to others.

Meanwhile, the National Congress Party (NCP) has also taken a plunge into the war of words by demanding a ‘study-point’ at instead of selfie-point.