According to MMRC officials, the cost of one TBM is Rs 70 crore. 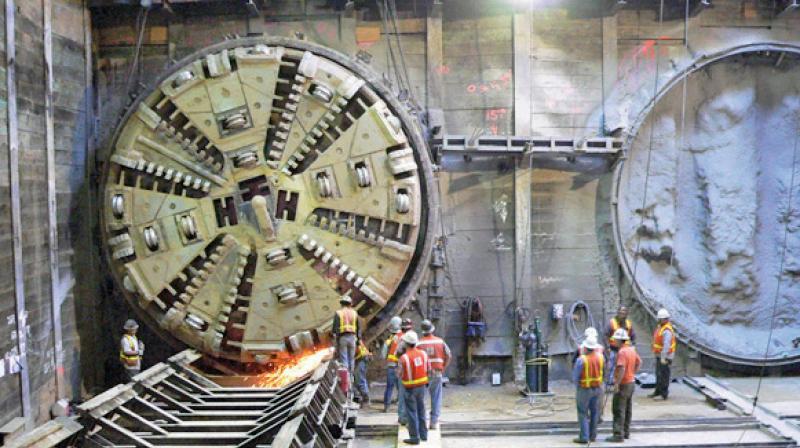 TBMs are required to excavate the underground corridor.

Mumbai: Orders approximately worth Rs 2, 200 crore for purchasing 17 tunnel boring machines (TBMs) required to excavate the city’s first underground corridor between Colaba and Seepz, have been placed by the Mumbai Metro Rail Corporation (MMRC) contractors. MMRC is the executing agency of the 33.5-km-long corridor.

The orders have been placed with several international suppliers and are to be delivered by July this year after which the tunnelling for the corridor would take off in October.

According to MMRC officials, the cost of one TBM is Rs 70 crore; with additional technical components, the cost for one TBM increases to an approximate value of Rs 130 crore. “The orders for the TBMs have been placed by the respective package contractors and is a part of the contract singed between us. There are seven companies that manufacture TBMs, with four being the best companies,” said SK Gupta, director (projects), MMRC.

Mr Gupta added, “Although countries like Germany, Japan and Australia manufacture TBMs, their manufacturing units are based in China. Out of the total 17, around four TBMs are coming from Delhi that were used by metro authorities in Delhi and are currently being refurbished.” Currently, pre-tunnelling activities are being carried out.